The Hindi GEC channel has ‘put its best foot forward’ with the launch of the historical show, while expanding the prime time slot of the channel. The channel will further extend the time slot with new show launches at 6:30 pm and 7:00 pm 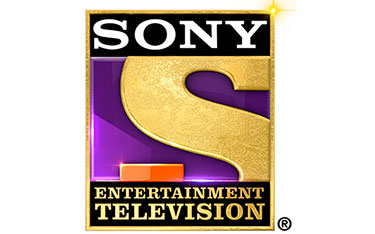 The Hindi GEC channel has ‘put its best foot forward’ with the launch of the historical show, while expanding the prime time slot of the channel. The channel will further extend the time slot with new show launches at 6:30 pm and 7:00 pm

Sony Entertainment Television has opened its 7:30 pm prime time slot for weekdays with the launch of the new historical show ‘Peshwa Bajirao'. The show will go on air from January 23, 2017. Earlier, the 7:30 pm time slot was for repeats. The channel will further expand the prime time slot to 6:30 pm onwards in the future. The ambitious project is produced by Sphereorigins.

When asked if the channel has taken a risk by opening up the new time slot with such an expensive property like this one, NP Singh, Chief Executive Officer, Sony Pictures Networks India, said, “I don’t think it’s a risk because in a lot of markets viewers come together earlier in the evening. We wanted to expand our prime time and put our best foot forward and provide the viewers with an access to come to our channel with our best show and that is why we have brought Peshwa Bajirao. It is a thought strategy and I am confident that it will work in our favour.”

Danish Khan, EVP & Business Head, Sony Entertainment Television, added, “Not taking any risk is a risk in my mind. When you expand, you put your best foot forward. Bajirao at this point in time is our best product. We have kind of consolidated our viewership on the weekend. Now our focus is to expand the prime time as we see a lot of market and target audience who start watching television early. Today, our programming stands between eight and eleven. To expand Sony and make it relevant in their life, it was imperative for us to expand into early prime slot. So, this is the first of the set. In a couple of months we will launch 7:00 pm and 6:30 pm time slots as well.”

The show is a story about a warrior who was nurtured and raised with values and principles by his mother Radhabai and the astute strategies of war with a fearless approach to life were ingrained into him by his father Balaji Vishwanath. It was in the court of Maharaja Shahu where he learned the art of politics and diplomacy which made him a conqueror of both land and heart.

The show has closed its sponsorship with three sponsors on board: Vicco Vajradanti, Amul Macho and Quick Heal. The channel expects the ad inventory to sell as the show pans out. Commenting on the sponsors, Singh added, “The advertisers are very excited about this show and about the fact that Sony is expanding its prime time. I am very happy with the fact that Sony is doing so well on the weekends. Now our focus is on week days. We are getting a lot of support from the advertisers.”

The channel has promoted the show extensively on a 360-degree platform.

The Hindi feature film ‘Bajirao Mastani’ was a huge hit last year. People would at some point or the other, definitely compare the show with the movie ‘Bajirao Mastani’. Countering the statement, Singh said, “Concept comparison would be inevitable, but this show is very different than you have seen in the movie. It’s a biopic of Peshwa Bajirao and it starts with his childhood and shows his entire journey right from the beginning to the end.”

Sony could have chosen any other historical story, commenting on the specific reason for choosing Bajirao for the channel, Ashish Golwalkar, SVP and Senior Creative Director, Sony Entertainment Television, said, “On Sony, historical and mythological shows have always worked. It has always been a low hanging fruit for us. When we were researching and briefed the production house, we did a lot of research on what kind of stories people want to watch. If you see, historicals are very family unifiers. Therefore, it has to have something for everybody in the family. While we were researching, Bajirao came across as the most unique historical character waiting to be told.  He brings so many things to the table and engages the audience.”

This would be Sphereorigins first stint at historical programme productions. Sunjoy Waddhwa, CMD, Sphereorigins, said, “We have done fantasies earlier at this scale. I always wanted to do large scale historical show and of this standard that Bajirao is. Nothing could have been better than Bajirao as he is all about valour and doing impossible things. The show has got very fascinating characters.”

Waddhwa further said, “We are very happy to be associated with Sony TV for the historical series ‘Peshwa Bajirao’. The show is based on the fierce Maratha warrior Peshwa Bajirao. The story focuses on the life of a legendary Peshwa, from his childhood to a great and fierce Yodha. We have infused all the authenticity of the story on the sets, as well as in the costumes, jewellery, armour, furniture, etc. We at Sphereorigins are excited at the launch of the show and are optimistic that the audience will enjoy it.”