The agency’s work for OLX bagged the Gold under the ‘Native Advertising’ category, while Bajaj V’s campaign won for ‘Films & Series’ 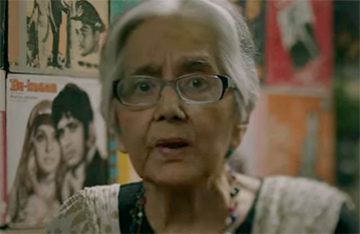 The agency’s work for OLX bagged the Gold under the ‘Native Advertising’ category, while Bajaj V’s campaign won for ‘Films & Series’

Leo Burnett India has bagged India’s sole Gold at the 2016 edition of the Epica Awards, for its ‘Reuniting Memories from 1947’ (Dastaan) campaign for OLX. Additionally, its work for Bajaj V, ‘Sons of Vikrant’, too bagged a Bronze. The Epica Awards celebrate work from advertising, design, media, PR and digital that has been chosen by renowned journalists from the marketing and communications fraternity, across the world.

Leo Burnett India is the only agency in the APAC region to win at these Awards. The work for OLX bagged the Gold under the ‘Native Advertising’ category, while Bajaj V’s campaign won for ‘Films & Series’. The wins have even played their part in helping Leo Burnett secure the coveted ‘Network of the Year’ title this year.

The Epica Awards were established in 1987, and is the only award that is judged by marketing and communications specialist journalists from over 60 publications, including magazines and websites, globally. The prize attracts entries from over 70 countries, each year.  The ceremony was held in Amsterdam on November 17, 2016.

RajDeepak Das, Chief Creative Officer, Leo Burnett, South Asia, said, “The work for OLX and Bajaj is extremely close to our hearts. When we realised that OLX is the no. 1 marketplace for used goods in India and Pakistan, we saw an opportunity to help people reunite with their priceless pre-Partition belongings and memories; we received thousands of stories from both sides in no time. OLX India and Pakistan, along with Leo Burnett’s India and Pakistan offices, immediately got to work to tell these stories and make this happen. The result is for all of us to see.”

“The work for Bajaj V was always a winner in our opinion, since the idea is so strong at its core. We documented history in four phases; spoke to war veterans and proud naval heroes of the INS Vikrant, and got them to relive their pride and sacrifices to us. The purposefulness and truth of both campaigns fit seamlessly with our HumanKind philosophy, and I am extremely happy that this work has brought in the accolades it deserves,” added Das.