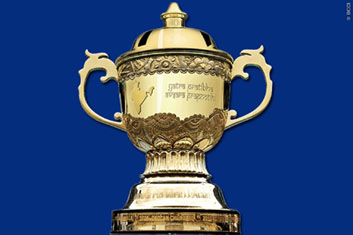 The Board of Control for Cricket in India (BCCI) has announced the postponement of the Indian Premier League (IPL) media rights bidding process which was scheduled to take place today because it did not get the go ahead from the Supreme Court-appointed Rajendra Mal Lodha panel which is trying to reform the Indian cricket board.

"In the absence of permission from the Committee to go ahead with the process scheduled for tomorrow, the BCCI is unable to do so," said a BCCI statement issued yesterday.

The television rights for Indian subcontinent is up for bid for 10 IPL seasons while digital rights with five-minute delay after TV transmission is up for the bid for five seasons.

Sony Pictures Network India (SPNI) currently holds the rights of broadcast, which is set to expire at the end of the tenth season of IPL in 2017.

“At the time the tender was floated and even till date there has been no complaint by any person that the tender was being issued in a non-transparent manner or that there appeared to be problems with any of its terms and conditions. The Potential Bidders who bought the Tender document had requested for certain Clarification, to which BCCI issued responses in 2 sets. Set 1 of the response to Clarification was issued on October 14, 2016 and Set 2 was issued on October 20, 2016. Based on the clarification issued, BCCI was subsequently to issue the Revised Media Rights Agreements (MRAs) along with the order relevant documents, which were not issued on account of the Supreme Court Order,” said BCCI.

The BCCI has also appointed independent agencies to vet the legal, financial and technical details of the bids as well as the bidders. In the meanwhile the BCCI received a copy of the judgment of the Supreme Court in CA No.4235/2014 – BCCI v. Cricket Association of Bihar & Ors. dated 21.10.2016 (“Judgment”) at 6.50 pm issuing the following directions in relation to tender processes being undertaken by the BCCI: “(ii)(a) The Committee appointed by this Court is requested to appoint an independent auditor to scrutinise and audit the income received and expenditure incurred by BCCI; (b) The auditor shall also oversee the tendering process that will hereinafter be undertaken by BCCI, as well as the award of contracts above a threshold value to be fixed by the Committee; (c) The award of contracts by BCCI above the threshold fixed by the Committee shall be subject to the prior approval of the Committee; (d) The Committee shall be at liberty to obtain the advice of the auditors on the fairness of the tendering process which has been adopted by BCCI and in regard to all relevant facts and circumstances; (e) The Committee will determine whether a proposed contract above the threshold value should or should not be approved; and (f) The Committee will be at liberty to formulate the terms of engagement and reference to the auditors having regard to the above directions. BCCI shall defray the costs, charges and expenses of the auditors.” In view of the aforesaid directions, as the Committee has been entrusted by the Supreme Court with the mandate of overseeing the tender process and in effect is now the custodian of the IPL tender process and has to take all actions to safeguard the IPL tender and the interest of BCCI and cricket in India, the BCCI wrote to the Committee on October 21, 2016 itself immediately on receipt of the Judgment, inter alia seeking guidance on (a) whether to defer the IPL tender or (b) to cancel the same and (c) requesting that the name of the auditor appointed be intimated to the BCCI to ensure that he could be associated with the IPL tender. Further, BCCI has sent all the IPL Media Rights Tender documents to the Committee along with the Revised MRAs and relevant documents, which are yet to be issued to the Potential Bidders. Keeping in view the urgency in the matter, the BCCI has informed the Committee that the tender process being underway there were certain timelines that potential bidders were following. BCCI also informed the Committee that a large number of potential bidders had travelled to the country from outside as bids had to be submitted in person. “The BCCI has accordingly sent requests on October 23, 2016 and October 24, 2016 to the Committee on the aforesaid lines and requested for confirmation of receipt of emails and an urgent response to avoid any uncertainty in the IPL tender process to avoid any inconvenience to potential bidders. The BCCI also informed the Committee that any delay in responding and resultant uncertainty was hurting the commercial interest of the BCCI as it would lead to devaluation of the commercial rights that were to be awarded,” said the statement. The BCCI has also received numerous queries from potential bidders explaining the hardship being faced by them due to the inability of the BCCI to address their queries and to furnish a clear roadmap on the way forward. BCCI received a response from the Committee on Monday at 3:07 PM asking for certain further undertakings from the BCCI and sought further clarifications. “These have accordingly been furnished to the Committee. The BCCI has received a response from the Committee a short while ago stating that it is in receipt of the communications from the BCCI and that it would issue directions after meeting amongst themselves,” said BCCI.

“The BCCI, apart from the above communication, has so far at the time of going to Press, not received any further directions from the Committee, which is now the custodian of the entire process and has been tasked with the duty to ensure that the tender process is undertaken in a professional and transparent manner with least inconvenience to all stakeholders. Once the BCCI receives a response from the Committee it shall bring the same to the notice of all stakeholders as the BCCI is currently not in a position to take any decision in the matter other than what the Committee recommends. In the absence of permission from the Committee to go ahead with the process scheduled for tomorrow, the BCCI is unable to do so,” the board said.

“BCCI offers its sincere apology to all potential bidders and stakeholders who have put in efforts to put together bids by expending considerable time and resources, and have travelled from all across the country and the world to take part in this event,” concluded the statement.