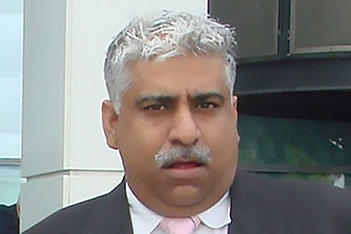 From Delhi, Kacker will lead Hakuhodo India’s diversified services division. Reporting directly to Elvis Sequeira, Chief Operating Officer, and Anuj Tandon, CFO, he will also handle new business development initiatives. Kacker’s appointment is in sync with the company’s plan to build a strong integrated team, where he will work closely with the other unit heads.

Sequeira said, “Diversified services, which include retail and activation, have become extremely important focus areas for Hakuhodo Percept. While we've already created and delivered several retail solutions for most of our other clients, it was only after the successful creation of NEXA -- Maruti Suzuki's Retail Brand -- that we decided to pursue this more aggressively.”

Sequeira added, “Kacker, whom I have known for a while now, brings expertise as well as an unbeatable track record to strengthen our diversified services arm. He has relentless energy to create solutions that get around the toughest challenges and strong client relationships. It's great to have him heading our new initiatives and have such a fun guy on the team.”

On his joining, Kacker, said, “At Hakuhodo Percept, we have the unique advantage of cross-leveraging synergies and strengths. It is an honour and a challenge to lead the business in retail space, an area that has begun to provide another revenue stream as well as enhance Hakuhodo Percept’s offerings. I look forward to taking the agency to the next level in the coming years.”

Sanjay comes with more than two decades of experience in this field having worked with Promo Tec India, a Dentsu Tec group company, Percept, DDB Mudra Max among others. He has gained immense exposure to all aspects of entertainment, sports management, celebrity management, media and communications domains. Sanjay has been responsible for the creation of innovative brand and consumer promotions for LG, Samsung, Voltas, Dolby, Carrier Midea, as well as the Prime Minister Office to name a few. He has also ably managed Sahara and Indian Cricket Team relationship with BCCI for eight years and was part of many successful properties both in entertainment as well is sports like the LG Captain of the World, LG Captain of India, HISA, Hero Honda Stardust Millennium Awards, Airtel One India Challenge, DLF Cup among others. Under him, his team won many accolades from the M&E industry, including the WOW Awards (Mumbai), EMAX Awards (Agra) and EEMA awards.