The licensing deals with Hungama and Vuclip will give Indian viewers access to BBC drama series, that have not been aired in India before, from end April 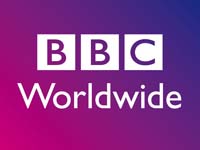 The licensing deals with Hungama and Vuclip will give Indian viewers access to BBC drama series, that have not been aired in India before, from end April

BBC Worldwide announced two new licensing deals with India’s leading digital services providers, Hungama, and Vuclip, on the second day of MipTV on Tuesday. With these SVOD deals, India viewers will have access to award-winning and popular BBC drama series, that have never been aired in India before.

From end April 2016, viewers of Hungama will be able to watch BBC programmes premiering in India for the first time, including crime drama, ‘Prey’ (Series 1), ‘Not Safe for Work’, ‘Save Our Skins’ and sci-fi, comedy and horror drama. In ‘Prey’, John Simm (of ‘Life on Mars’, ‘State of Play’ fame) stars as a man on the run, desperate to clear his name for the sake of his family.

‘Not Safe For Work’ is a comedy drama which follows Katherine (played by Zawe Ashton), who is reluctantly relocated from London to Northampton as part of public spending cuts, where she meets a disparate, yet similarly disillusioned group of workmates. In ‘Save Our Skins’ protagonists Ben and Stephen wake up one morning to realize that the human race had disappeared and they were the only two humans left on earth. These programmes, and more will be available on demand for viewers to watch at their own convenience.

Subscribers of Vuclip’s OTT service, Viu can now catch blockbusting BBC dramas, including the modern reworking of Tolstoy’s epic masterpiece, ‘War and Peace’, starring Paul Dano, Lily James and James Norton and BAFTA-nominated ‘Doctor Foster’, in which Doctor Gemma Foster, a loving wife and trusted doctor’s seemingly perfect world is shattered when she suspects her husband of having an affair.

“Over the last few months, we have seen an upward trend where BBC’s dramas are being increasingly snapped up by Indian clients for their linear TV and digital TV platforms. A study commissioned by BBC Worldwide last year showed that international audiences, including India, love original British drama,” said Myleeta Aga, SVP and GM of BBC Worldwide (India). “With more and more Indians going online to watch their favourite dramas, we are excited to work with Hungama and Viu to satisfy viewers’ demands by bring critically acclaimed and highly rated BBC programmes to their subscribers.”

Hungama is the largest aggregator, developer, publisher and distributor of Bollywood and South Asian entertainment content in the world, with over four million pieces of content across genres and languages distributed through Hungama Play, Hungama Music and Hungama.com.