Sony will make an aggressive bid to retain the IPL rights: NP Singh

In an interview with BestMediaInfo.com, the CEO of Sony Pictures Network is confident of retaining the telecast rights for the next five years, having built the property into a mega brand 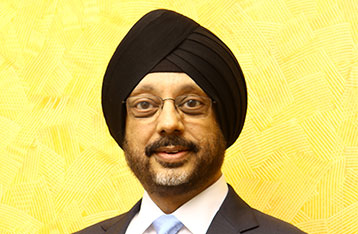 Sony will make an aggressive bid to retain the IPL rights: NP Singh

In an interview with BestMediaInfo.com, the CEO of Sony Pictures Network is confident of retaining the telecast rights for the next five years, having built the property into a mega brand

Sony Pictures Network has launched the brand communication for one of the biggest events in the country, IPL, which is in its ninth year. While there have been many controversies, dipping viewership, glamour and what not associated with the Indian Premier League (IPL), the CEO of Sony Pictures Network, NP Singh, wants to nurture the event further.

While the tournament has been with the network for a good ten years (2008-2017), the bidding for the next five years’ telecast rights will be taking place later this year. In a meeting with BestMediaInfo.com , Singh talks about the evolution of the event into a brand, the network’s plans for retaining the telecast rights, and more. Excerpts:

The IPL campaign for this season does not outrightly talk about entertainment. Comment.

We have nurtured the brand called IPL for last eight years and now it has reached a certain stage. There comes a time in every brand’s life where people need not be told what it stands for. IPL stands for top quality players, good cricket and providing immense amount of entertainment, whether it’s on television or on ground. We don’t need to say it again given the maturity level of the brand. Now we have to use the brand to communicate the message and we have been trying to spread happiness through the campaigns in the last few years. ‘India Ka Tyohaar’ is about happiness and cheer. No matter where you are watching an IPL match, you always feel happy and that’s the insight we have used for the campaign this time.

While everyone is talking about the declining sheen of the tournament, do you think it is still bigger than any other event on Indian television?

Viewership of IPL is growing in terms of both absolute numbers and ratings. This time around it will grow to a huge number as this is the first time rural ratings will also be calculated. So, we will see a major hike in viewership. IPL is the most consistent viewership driver, giving a good takeaway for the advertisers and broadcasters, and boosting our confidence. It is a big event.

Has the tournament made enough profits to justify the monies put into the telecast rights?

When you make your forecast nine-ten years out, you tend to make a few assumptions and a lot of these change as we go along. It’s been a very good investment for us and it has delivered reasonable returns and we are very happy and satisfied with the event. Yes, IPL has met our expectations, financially.

After hosting IPL for ten years (2008-2017) and the event having met your expectation, what are your plans to retain the telecast rights in the upcoming bid, especially when a direct competitor like Star India has strong muscle power?

We will cross that bridge when we come to that. Sony’s association in IPL started off in late 2007-early 2008 when BCCI (Cricket Control Board) came to us with the idea. At the time, when there were not many believers in the concept, we believed in it and we invested in it and have nurtured it and played an active role in helping IPL get the iconic status that it has today. We at Sony are committed to IPL and we will make an aggressive bid to retain our rights for the tournament. I feel very confident that we will retain the event for another long time.

With ESPN on board, do you think that retaining the rights will be easier?

I wouldn’t want to comment on it, in that sense. But Sony as a broadcaster and as a company has very strong credentials. Therefore, it doesn’t really need support to make an aggressive support.

What kind of revenue is the event is garnering y-o-y? To put it differently, what has been the percentage increase in 2015 over 2008?

We are seeing a 15-20 per cent increase compared to last year. I don’t think we should make a comparison of 2008 versus now, since the scenarios were different and the IPL had just started then.

Many other sports have started off with tournament formats, the recent one being Kabaddi. What are your views on this trend?

It is actually encouraging to see that sport is growing and that IPL has been able to motivate people to start similar formats in other sports. We are really proud of this.