Beginning Feb 12 with Rahul Welde, the townhall will be chaired by eminent business personality every week, including CMOs, CEOs, agency heads, media journalists and media honchos 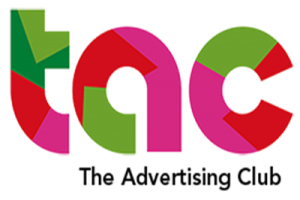 Beginning Feb 12 with Rahul Welde, the townhall will be chaired by eminent business personality every week, including CMOs, CEOs, agency heads, media journalists and media honchos

Asking the right questions to the right people is the only way to drive innovation and stay inspired. However, more often than not it becomes the most difficult feat to achieve. Why? Because most of us do not have direct access to key industry leaders and experts who are ready to chat with us and discuss the growth prospects and developments in our fields of interest. Agree?

The Advertising Club’s virtual Twitter Townhall in partnership with Twitter India is all set to provide a platform to those willing to interact with industry leaders.

The Twitter Townhall will kick start on February 12, 2016 with Rahul Welde, VP – Media, Unilever, for Asia, Africa, Middle East, Turkey and Russia and will be chaired by eminent business personality every week, including CMOs, CEOs, agency heads, media journalists and media honchos. Some of the reckoned stalwarts chairing this engaging initiative include Sam Balsara - Chairman & Managing Director, Madison World, Bobby Pawar – Managing Director and Chief Creative Officer, Publicis India, Madhukar Kamath - Group CEO & Managing Director DDB Mudra Group, Ashish Bhasin - Chairman & CEO South Asia - Dentsu Aegis amongst other. With a pre-decided schedule of townhalls, the Advertising Club Twitter handle will invite its followers and the Advertising Club members to send in their questions via the social media platform. If your question is shortlisted, it will be answered by the business leader every Friday at a pre-decided time from The Advertising Club Twitter handle (@TheAdClub_India).

Raj Nayak, President of The Advertising Club, said, “The world is going digital and India remains a major player in this realm. Conducting a first-of-its-kind virtual Twitter Townhall in the midst of all this, is an extremely exciting prospect for us. I would call it a ‘digital reach-out program’, because with this new initiative we are comprehensively erasing the narrow boundaries of time, geographies and hierarchies, and making it possible for inquiring minds to connect with business leaders in a unique and meaningful manner. We hope to continue breaking ground with the Advertising Club and initiating programs that foster growth for digital India.”

Rishi Jaitly, Vice President - Media for Asia-Pacific, Middle East and North Africa, added, Twitter India, added, “Twitter Townhalls have been used by global business and political leaders to connect with their followers and audiences at large, for quite some time now. Bringing the Townhall to India is a huge step for digital India. I can say that we, at Twitter India, are excited to be associated with the Advertising Club to launch this initiative that is going to further encourage interaction and foster ambivalence for the ever growing digital audience in India.”