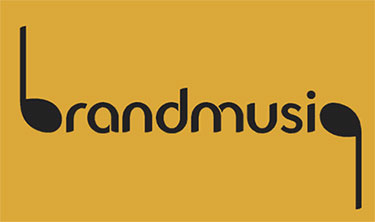 BrandMusiq, touted as the country’s first specialised ‘sonic identity’ company, has over the last quarter of 2014 won and executed a number of sonic branding assignments for brands such as Zee News, Vistara, and Taj Mahal Tea. The company is also working on new assignments from Standard Chartered Bank (Global) and Shapoorji Pallonji Group.

The brainchild of ex-DDB Mudra hands Rajeev Raja and Mani, BrandMusiq is an advertising agency that creates sonic identities for a brand. BrandMusiq uses the power of sound and music to express a brand’s soul and create an emotional bond with consumers.

Speaking about the fundamentals of sonic branding, Founder and Soundsmith Rajeev Raja said, “Music and sound with their capacity to tap impact our ‘emotional brain’ have the potential to reach people almost anywhere, even if one is not particularly paying attention. After all, you don’t have to listen to hear, whereas you do have to look to see.”

“The creation of a sonic identity involves a collaboration with the brand owners, arriving at a mutual understanding of the brand, and then crafting a holistic, media-neutral sonic identity which can then be adapted across media,” explained Mani.

BrandMusiq has introduced a new concept in the world of branding termed ‘Mogo’, meaning ‘Musical Logo’, and ‘Mogoscape’, which surrounds the Mogo and creates the sonic palette of the brand. The Mogo works as a shorthand aid to brand recognition, thereby dialling up the emotion of the brand and acts as a supplement to the logo of the brand.

A revamped Zee News went on air during the first week of December 2014 with a unique channel identity music created by BrandMusiq, titled ‘People’s Hero’. Zee News is the first news channel to have created a sonic logo.

The recently launched Vistara from the Tata-Singapore Airline combine is said to be the first airline in India to consciously develop its sonic identity along with its new visual identity. The Vistara Mogo and Mogoscape capture the essence of the airline’s positioning of ‘Fly the new feeling’.

Taj Mahal Tea revives Indian classical music for a whole new audience. BrandMusiq created and curated for Taj Mahal Tea India’s first ‘e-bhaithak’ hosted exclusively on the digital platform. This e-bhaithak was premiered on December 20, 2014 and has already had over 800,000 views.

Currently BrandMusiq is working on creating the Mogo and Mogoscape for Standard Chartered Bank for five regions across the world. And in early January 2015, the Shapoorji Pallonji Group entrusted BrandMusiq to create a Mogoscape as the group celebrates 150 years in the market.