LinTeractive will work towards positioning mobile accessories player Stuffcool as the partner of choice for digital wares, expanding its reach throughout India 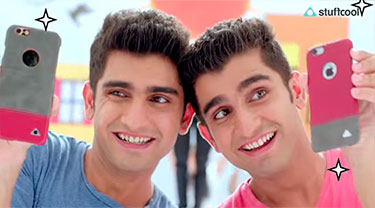 LinTeractive will work towards positioning mobile accessories player Stuffcool as the partner of choice for digital wares, expanding its reach throughout India

The smartphone category in India has thrown up healthy growth numbers in recent months. This growth has bolstered the fortunes of mobile and ancillary players like content providers, app developers, mobile accessory partners who have their hands full in ensuring they deliver what’s expected out of them. Popular mobile accessories player Stuffcool is one of them and has been scripting a noteworthy success story in India.

To further drive its message as being the leader in the space, Stuffcool has appointed LinTeractive, the digital agency of Mullen Lowe Lintas Group as its digital partner. LinTeractive would work towards positioning Stuffcool as the partner of choice for digital wares and also enhance its reach as a trustworthy player throughout India.

Commenting on the appointment, Hemang Budhdeo – Director, Nissan Enterprises, said, “The smartphone market in India is witnessing an unwavering growth which obviously spells more opportunities for us. We are glad to have LinTeractive partner us at this exciting phase as we look to expand our territories and further build up our customer base in India. We look forward to striking a meaningful relationship with the team and hope to chart out new frontiers in our quest of being the best in the space.”

Part of Nissan Enterprises Limited, Stuffcool caters to those looking to source essential gear like mobile cases, screen protectors, cables, chargers, selfie-sticks and other enhancements for their smartphones. The firm is known to have cultivated the branded accessories market in India and paved the pathway for easy availability of quality accessories to end consumers.

Sharing his views on winning the business, Vikas Mehta, Group CMO and President, Group Marketing Services, Mullen Lowe Lintas Group, said, “Devices are a bigger part of our lives today than most things we own. Stuffcool makes cool accessories for these devices, making it an inspiring brand to work with. The market is flooded with accessories but few great accessory brands. We are glad on the opportunity presented to LinTeractive to partner Stuffcool and hope to get the little things right for them.”

Flagging off the partnership, LinTeractive has drawn up an extensive online campaign under the theme #LilThingsMatter. It has engaged in a whole lot of initiatives on and off line to drive home the core theme of #LilThingsMatter. Contests were run on social media - Facebook and Twitter where users were asked to share their experiences about the little things that make a difference to their lives, encourage discussions around the theme without revealing anything about the brand proposition. Following this, a brand film was launched along with a 5-day-contest on FB/Twitter where Stuffcool.com got customers to engage with the brand over its online platform.

Sharing his views on the integrated digital campaign that has been planned, Budhdeo, said, “Our products play the role of a catalyst in the life of the consumer in a little way but have great impact. We approached LinTeractive with this brief, and they came up with #LilThingsMatter that says how little things (tech accessories) make a huge difference to the gadgets that people use and interspersed the same with life-situations around consumers. We are glad with the initial response that has been generated on the back of the new campaign.”

The video campaign builds the brand philosophy through real life instances in a very artistic manner. Simple things like running out of battery, enjoying your time with friends while taking a selfie and other such nuances involving a mobile phone have been brought out in an imaginative manner. The background score in the campaign is a catchy one and has been incorporated to establish an emotional connect with the consumers. The film touches upon the values of love, care, friendship, trust while highlighting how products from Stuffcool help achieve little moments of joy.

Commenting on the thought process behind the idea, Paul Dueman, Senior Vice President, LinTeractive, said, “The campaign is our answer to differentiating Stuffcool from the other players in the accessories market. The strategy was to highlight instances, however small, that matter to consumers today and the positive impact it creates in their lives. We are confident that #LilThingsMatter as brand credo, backed with a series of creative narrations and engagements planned for 2016, will do well to connect with their consumers.”

In a short span since its launch, the online campaign has managed to entice the interest levels of the consumers who have taken quite a liking to it. Additionally, a whole bunch of activities have been planned in the coming months to further fuel the brand’s proposition of #LilThingsMatter.