As the industry gears up for the Emvies 2015 awards ceremony in Mumbai tomorrow, Shashi Sinha, Pratap Bose, MG Parameswaran and Ashish Bhasin speak about how the award has evolved over the years 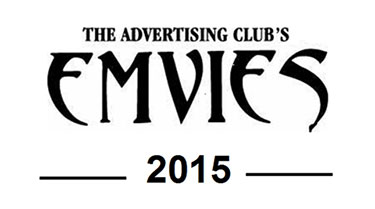 As the industry gears up for the Emvies 2015 awards ceremony in Mumbai tomorrow, Shashi Sinha, Pratap Bose, MG Parameswaran and Ashish Bhasin speak about how the award has evolved over the years

Emvies, the premier media awards instituted by The Advertising Club in 2001, is completing 15 years this year. In its 15th year, the mood is buoyant as the awards have received 835 entries, a jump of 29 per cent over last year’s 650 entries.

Over the years, Emvies has become a part of the agencies’ annual calendar and has seen growing participation and support from the industry.

BestMediaInfo.com spoke to some industry leaders on how Emvies has contributed to the media world, how the awards have evolved in these 15 years, the growing competition in the media landscape and more.

The awards this year will witness several firsts. In a bid to reward the media partners, Emvies 2015 will see the introduction of awards for Best Media Partner in Television, Print, Cinema, Radio, Out of Home/ Ambient Media and Digital.

Digital will no more be treated as one medium; every platform on digital – be it search, social, video, etc. – will be treated as independent media in the Best Integrated Campaign category.

The Case Study Presentation (Round II) will now be conducted over five and a half days rather than three full days to accommodate more client representation in the jury and to aid better judging with limited presentations per day.

Contribution to the media world

Pratap Bose, President, The Ad Club, and Founder Partner & Chairman, The Social Street, remarked, “Emvies has contributed quite a few things to the media planning and buying fraternity. When it started, it was just ‘Media Awards’ and received less traction, but today it is considered as one of the premium awards in the industry. Emvies has been able to attain this credibility because of the constantly innovating format and category additions. Undoubtedly, Emvies has come a long way and is today recognised one of the premium award shows.”

Ambi MG Parameswaran, Executive Director, FCB Ulka Advertising, and President, Advertising Agencies Association of India, added here, “Emvies started in a small way 15 years ago. I think it was part of a larger festival. The next year, under Pradeep Guha’s leadership, we separated it into a standalone event. I remember it was hosted at Taj Hotel and I had taken along cricketer K Srikanth to the awards. During my tenure as President we continued to have it as a standalone event and we added more categories. From getting around 40 entries, the number of entries kept increasing. Today, the event draws hundreds of entries.”

Ashish Bhasin, Chairman & CEO - South Asia, Dentsu Aegis Network, Chairman, Posterscope, and psLive - Asia Pacific, said, “Emvies is the first awards that brought strategic aspect to the fraternity. The best memory is the fact that my team had won the first Gold Emvie for Britannia 50:50.”

Shashi Sinha, Immediate Past President, The Ad Club, and CEO, IPG Mediabrands India, commented, “Emvies contributed in a big way. The best contribution is the start of the presentations round. When it started, the quality was average, but now the quality has taken a big jump. With the evolution of the industry over the years, the ideas and good work also evolved.”

How Emvies has evolved in these 15 years

Bose said that initially it was a mix bag of creative and media agencies, but today Emvies was a standalone award that caters only to media buying and planning fraternity. “When it comes to evolution, the awards have grown a lot in stature. Over the years, the number of entries has grown and this year, we have received a remarkable number of entries. Since its inception, the highest number of entries received was 742, but this year the number has broken all records,” he added.

Parameswaran noted, “One thing about the awards that has been unique is that the final round is done in front of a competent jury and a live audience. This has made the awards truly a knowledge sharing platform. All interested media professionals are invited to attend. So, if you sit through the two days of presentations, you come out of them so much wiser.”

Bhasin added here, “The quality and scale of work has surely gone up over the years, which marks the evolution. On the down side, agencies have started creating work keeping in mind the standard of Emvies and not what they would do for their brands.”

Sinha remarked, “Digital integration is one of the big evolutions over the years. Also, earlier it was only television and print, but today there are entries from across industries. Emvies has become more media neutral.”

“Yes, it is a competitive scenario as the media landscape has totally changed over the years,” noted Bose. He added, “With digital coming in the picture, the number of entries has increased as today Emvies is not about media agencies alone. However, when it comes to the awards, it is only the top 5 agencies that take away the awards, which needs to improve.”

Sinha too felt that the same agencies had been winning the awards and wanted to see more agencies winning at the awards.

Meanwhile, Bose felt that today Emvies had become the ‘Oscars for the media industry’.

All eyes are now on the Emvies 2015 awards ceremony, which will be held on Friday, September 11, at 6.30 pm at Hotel Palladium, Lower Parel in Mumbai.