The series will air every Monday to Friday at 9.00 pm. Amazon.in and India Gate Basmati Rice come on board as sponsors 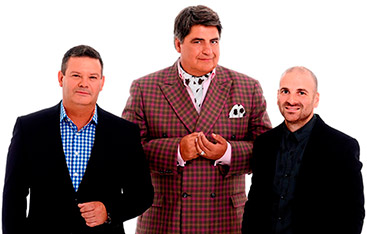 The series will air every Monday to Friday at 9.00 pm. Amazon.in and India Gate Basmati Rice come on board as sponsors

Star World is all set to air the latest season of popular culinary show, ‘MasterChef Australia’, from September 3, 2015. The seventh season of the globally popular series will air every Monday to Friday at 9.00 pm on Star World and Star World HD. The show will be presented by Amazon.in and powered by India Gate Basmati Rice.

Commenting on the show’s launch, Star World’s official spokesperson said, “‘MasterChef Australia’ has been a flagship show on Star World that has transformed the culinary landscape in India. Star World has always been a pioneer in exposing India to global lifestyles and creating that urban premium consumer segment, who today we call as the global Indian consumers; they demand nothing but the very best in English entertainment.”

A 360-degree promotional campaign has been put in place, which will pan across various mediums to include on-air, digital, on-ground, trade and public relations. For the launch of the show, Star World will be putting up a massive promotional TV campaign not only across the Star network, but outside network TV channels as well. Digital is a key driver and the lead medium for the show and the channel has a robust visibility and consumer engagement campaign planned to reach out to its target audience via an extensive paid and earned media marketing campaign.

Star World will further amplify the show with unique targeted digital and on-ground tie-ups. Food Talk India, one of India’s digital food communities, has come on board as a digital partner and will be creating engaging content on social media platforms for the show along with co-curating promotional events in Mumbai and Delhi. Food Talk India, along with Star World and Olive Bar and Kitchen will be hosting on-ground concepts in Delhi and Mumbai.

Gary Mehigan, George Calombaris and Matt Preston return as judges on the show. ‘MasterChef Australia’ follows the journey of ordinary home-cooks as they showcase their extraordinary cooking ability. From different backgrounds, and with different experiences, skills and cultural influences, there is one thing that unites the home cooks – their passion for food.