At an open house discussion on ‘Tariff Issues related to Commercial Subscribers’, held in Delhi yesterday, the IBF has said that forbearance is the need of the hour 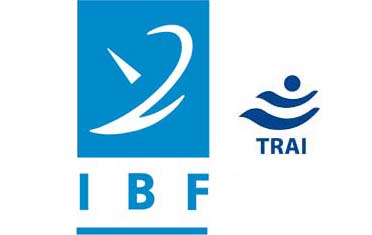 At an open house discussion on ‘Tariff Issues related to Commercial Subscribers’, held in Delhi yesterday, the IBF has said that forbearance is the need of the hour

Member channels of the Indian Broadcasting Foundation (IBF), the apex body of broadcasters in the country, presented a unanimous viewpoint during an open house discussion on ‘Tariff Issues related to Commercial Subscribers’, conducted by the Telecom Regulatory Authority of India (TRAI) in Delhi yesterday.

At the outset, the Foundation welcomed the open house initiative held under the stewardship of new TRAI Chairman Ram Sewak Sharma so as to take forward the consultation process the regulator had begun on July 14, 2015.

Commenting on the deliberations, IBF President Uday Shankar said, “It is inconceivable that any sector regulator would actually equate five star hotels and commercial establishments with domestic consumers as far as tariffs are concerned. But that’s exactly what TRAI has done with rates for pay TV channels. I am not sure what exactly the regulator is trying to achieve with the present dispensation, that is, five star hotels availing TV content at subsidised rates, especially when they charge a leg and an arm for a room, a meal or even a bottle of water. It appears to be a case of misguided regulatory zeal. I hope better sense prevails and the regulator does what is in the interest of its primary stakeholders, that is, broadcasters and distribution platforms and not five star and four star hotels.”

Participating in the open house, IBF Secretary General Girish Srivastava said, “In keeping with the priorities of the current Government of improving ease of doing business in India, such fixation is not warranted and forbearance should be the way forward. We believe that the regulator will factor that, putting a ceiling on tariff will not help in promoting and protecting the interests of the ordinary consumers but will serve as an aberration to the growth story of the sector. Broadcasters have been unvarying and undeviating on this front and the regulator will hopefully keep this in mind before deciding on a regulation.”

“The Supreme Court has time and again in sectors such as oil & gas and power, clearly upheld the principles of differential tariffs for commercial and domestic subscribers. The rationale of differentiation is based on an understanding of motive and purpose, that is, commercial establishments have a clear profit motive and that the end usage is for a valuable benefit that accrues to and is built in to the charges paid by the consumer. It is also important that the regulator respects the mandate of Parliament and acts in accordance with laws laid down by the Legislature by ensuring that the TRAI regulations/ tariff orders are not in derogation of or repugnant to the provisions of Copyright Act, which is the principle legislation that governs content owners, including broadcasters. The Copyright Act unequivocally provides for a separate dispensation in so far as commercial establishments are concerned and hence, we hope that the regulator keeps the same in mind while formulating the new tariff regime.”

“We strongly advocate a distinction between ordinary and commercial subscribers as far as tariff is concerned, since the place of viewing the TV signal and type of usage of TV signals is inherently different in both these categories. Having a global presence, we have seen that the regulators have left determination of tariffs to forbearance thereby ensuring dynamic competition.  With Government focus on making India an easier place to do business, leaving things to market forces will ensure growth and be in line with international scenario.”