News7Tamil set to launch this month 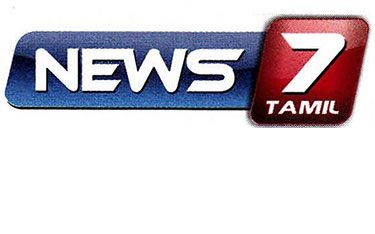 News7Tamil set to launch this month

VV Group of Companies, mostly known for its mining activities, is all set to launch News7Tamil, a Tamil news channel. Addressing a global Tamil audience, News7Tamil started the rollout of its media initiatives with the launch of it social media news feeds on October 3, 2014. This followed the News7Tamil Global Concert by AR Rahman in Chennai on October 2.

The News7Tamil editorial board will work independently within an institutionalised mechanism to firewall the channel’s editorial content from both external and internal influences. The editorial focus of the channel would be on social empowerment through information.

The editorial board is led by a team of professionals comprising Nick Walshe (former head of news gathering at Al Jazeera English and at one time, a reporter and editor with ITN of London and BBC); R Bhagwan Singh (Executive Editor, Deccan Chronicle, Chennai), and current news head Rajesh Sundaram (former India correspondent, Al Jazeera English, and before that Editor (Input) at TV Today Network and founding editor of News Nation and South Africa’s Africa News Network 7). Two other personalities have agreed to join the board: Meena Kandasamy, a London based poet, novelist and social activist, and Priti Mohan from Chennai, a lawyer and columnist.

The editorial board will appoint a chairperson and all of them would serve for a period of one year. The only permanent member of the board will be the editor of the channel. Also, the board has decided on an editorial policy for the channel and mandated guidelines that will ensure its neutrality.

When asked about the marketing plans of the channel, S Senthil Velavan, Head - Operations, News7Tamil, said, “We have planned a lot of things for promoting this channel. As we are targeting youth viewers, we are using the social media as much as possible for promotion. We are also spending money for hoardings, ground campaigns, TV and print campaigns. We are mostly focusing on the content of the new channel.”

Sundaram commented, “All political parties will be covered equally on this channel and news that promote any individual, firm or production will be avoided. This is the first news channel that is independent from any corporate influences altogether.” He added, “The seven members of the editorial board are from different backgrounds and the owners of the channel would not set editorial policies.”

The channel will be available on Sun Direct, Airtel DTH, Tata Sky, Videocon DTH, Arasu Cable, SCV and all major distribution platforms across Tamil Nadu and nationally. The channel will be distributed in all major markets overseas to target the Tamil speaking diaspora soon after its launch in India.