Doubles the prize money to Rs 2 cr, 'jodis' to now come on the game show 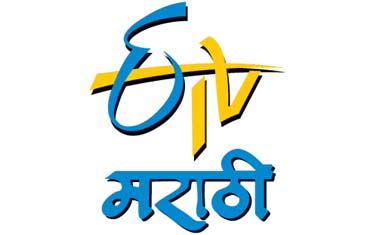 Doubles the prize money to Rs 2 cr, 'jodis' to now come on the game show

ETV Marathi's iconic show - 'Kon Hoeel Marathi Crorepati' is back on screen for a second season. Going by the popularity of season 1, which launched ETV Marathi as a serious contender in the Marathi GEC space, the second season will be something to watch out for as well.

Starting on January 13, 2014, the popular quiz show will be telecasted twice a week - Monday and Tuesday at the 9 pm slot. However, unlike the previous season, each episode of the 18 weeks will be of 90 minutes duration.

That is not the only change in the show. In the second season of KHMC, the prize money also doubles to Rs 2 crore. One more question has been added, so 16 will be the total number of questions to reach the jackpot amount. The number of lifelines remain the same. But instead of one person in the hotseat - there would be two. A duo - of husband-wife, father-daughter, grandmother-grandson etc will take the centre stage as host Sachin Khedekar asks the questions.

"Double the money, double the team and double the fun! When you multiply it by two, you will know what this will be. And it is for the first time that the Crorepati franchise in a regional language format will see a doubling of the prize money. You need guts to do that. At the same time we hope that with two people in the team, there are more chances of people learning and winning," said Siddhartha Basu from Big Synergy.

"KHMC Season 1 succesfully achieved our objective of redefining the television viewing experience on Marathi Television by providing a show that celebrated culture and knowledge. With season 2, we have now extended this promise towards enriching the family viewing experience," pointed out Anuj Poddar, EVP Viacom 18 & Business Head, ETV Marathi.

The show will be produced by Big Syngergy and hopes to have an increased viewership this season. Coming back after just four months since its last season, KHMC redefined the way people looked at Marathi television.

"The Marathi Manoos has always valued the power of knowledge and Kon Hoeel Marathi Crorepati epitomises this thought. With season 2 now asserting that two hearts and two minds are better than one, the show is all set to showcase the power of togetherness," said host Sachin Khedekar.

ETV Marathi has also been able to find that key balance to figure out what works across metros and tier 1 and tier 2 cities in a state, as well as across different age groups. The ratings went up with season 1 of KHMC, but along with that ratings for a lot of other shows also drove them forward. Which is why in spite of the first season ending, the ratings didn't crash.

"Having said that, this is our second season and we are thinking of new things to do. Comedy Express launches on Friday which we hope will establish us at level two and take it further to level three. KHMC has also seen an increase of about 40% at the sponsorship level in terms of premiums that we have received. Spot and ad rates have also gone up by 50-70%. ETV is suddenly a lot more buzzing and lot more visible," added Poddar.