Big Bazaar goes really ‘Big’, lines up one TVC per week for a year

Conceptualised by DDB Mudra, India's biggest ever campaign will see 52 TVCs launched through the year, playing up one specific product every week from Big Bazaar's offerings 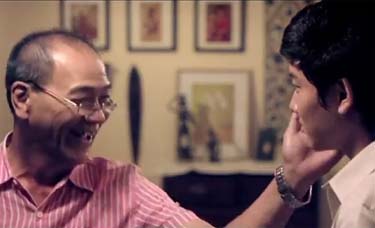 Big Bazaar goes really ‘Big’, lines up one TVC per week for a year

Conceptualised by DDB Mudra, India's biggest ever campaign will see 52 TVCs launched through the year, playing up one specific product every week from Big Bazaar's offerings

Big Bazaar, the largest hypermarket chain in India, has lined up the biggest campaign the country has ever seen – and it is a yearlong campaign. Conceptualised by DDB Mudra, the campaign 'Making India Beautiful' will consist of 52 different TVCs, released once a week for 52 weeks! These TVCs would play up one specific product every week from Big Bazaar's offerings.

Big Bazaar has always been known as the people's brand. By keeping their prices low and introducing new offers very often, it has found a niche following for its products. The earlier campaign, 'Isse sasta aur accha kahin nahin', established Big Bazaar as the place where you saved the most for quality products. In 2011, it decided to go for a change and came up with the new slogan 'Naye India ka bazaar' which showcased the aspirational quality Big Bazaar had begun to stand for by that time. It stored products which were seen as unaffordable previously and made it available to the masses. With special offers like Wednesday Sales, Republic Day and Independence Day discounts, etc., Big Bazaar only went on to make its foothold stronger in the retail space.

The Indian shopper has once again started to show some changes in his/her shopping and consumption patterns. Big Bazaar wanted to showcase itself as part of that change through its new campaign. It wanted to highlight how, through different products it offered, it had made life simpler, easier and faster for the aspirational Indian.

“We have seen the change in our stores, which led us to believe that in the last couple of years we were too operation-centric, whereas we want to be product-centric. We wanted to show the societal change through these films,” said Kishore Biyani, Group CEO, Future Group.

The insight led to the birth of not one, not two, but 52 different ideas on which the whole team of DDB Mudra worked! Each of these TVCs is a lighthearted take on the changes which can be seen. And it is through these stories that the bigger change story is going to be shown.

The campaign budget is around Rs 100 crore and they are not leaving any stones unturned. The films will be made available on every regional and national channel and will release every Monday. Along with that, the campaign will be extended to OOH, in-store and radio communication. Digital will also play a big part, with the Twitter handle already becoming popular on the micro-blogging site.

Madhukar Kamath, Group CEO & Managing Director, DDB Mudra Group, said, “It is a unique, never done before and a brave campaign which can only come from a leader like Big Bazaar. The brand has been at the forefront of innovation and leading change. This campaign redefines the step-change that Big Bazaar is making in its relationship with its current and prospective shoppers. It will further establish Big Bazaar as a company that sells products which enable and inspire every Indian to make their world look beautiful on the outside as well as on the inside.”

The first TVC, which war rlesed on YouTube on March 13, will go on air on national television on March 24, 2014. The TVC opens with a boy checking himself out and humming a Bollywood number. As he straightens his shirt, he hears a similar humming from the next room. It is then revealed that his father is also wearing a new shirt and checking himself out in the mirror - just like the son. The son, who has so far thought that his father is just a middle-aged man is taken by surprise. As the father kids him and moves out, the voiceover says: “Cool ban raha hai India. Big Bazaar. Beautiful bun raha hai India” (India is becoming cool. Big Bazaar. Making India beautiful).

Sonal Dabral, Chairman & CCO, DDB Mudra Group, said, “If it's not engaging and insightful, it's not creative. That's what we told ourselves when it came to the creative execution of these films. We looked at deep insights around each of the 52 products to come up with stories for each one of them. Our objective was to showcase the brand and its usage and yet convey the small change that the product has brought into the lives of new Indians through nuanced and closely observed insights. In terms of tonality, we have kept it real because that's the voice of Big Bazaar. These are not ad films, they are closely observed 52 sparkling stories of the small changes Big Bazaar and its products are bringing to everyday India.”

Big Bazaar has also managed to think of an innovative way to use its own stores to provide a back-up to the campaign. Each week, when a product is displayed, it will also find a discount in the stores. For example, if the week's TVC shows the use of a new induction cooker, that week will see additional discounts on cooking appliances. This is expected to drive the message home – that is, Big Bazaar.

However, at a time when a few minutes less of advertising space on TV has thrown the industry into turmoil, does it make sense to keep a TVC on air for only a week, and then replace it by another? Would it ever click with the audience? Will there be enough time to make the consumer understand what is being shown at all? Here's what some industry men have to say about it:

Swapan Seth, Chairman, Equus Red Cell, is of the opinion that the strategy is a recipe for forgetfulness. He said, “Big Bazaar doesn't make India beautiful. That is an exaggerated and flawed starting point. It is a retail brand and not a cosmetic one. It is difficult to guess what the rest of the commercials will look like. But if I were to react to just the shirts ad, then ‘cool ban raha hai India’ is interesting. However, a new commercial every week is an intellectually innocent decision. A recipe for forgetfulness.”

Prathap Suthan, CCO and Managing Partner, Bang In The Middle, felt that as a creative idea it is great. However, the issue is going to be the quality of the films. “If the film is interesting and makes one want to watch it again or tune in next week – much like a serial – then I might just be convinced. However, average execution will not work. There has to be a major hook or uniqueness. It is a long commitment you are looking at. The length of time is so long that unless it is original, it will not make an impact,” he said.

KV Sridhar ‘Pops’, Chief Creative Officer, India Sub-Continent, Leo Burnett, however, thinks that “as a creative talking point it is a fabulous idea”, and if they can sustain it, it will be wonderful. The target audience that Big Bazaar aims at will feel more included with a TVC every week. And combining it with their Wednesday Sales, etc., people may now also look forward to Mondays. “What I want to see is whether they will release the videos on a fixed date, time and during a fixed programme. And, whether they have the muscle to pull it off. Maybe they can do a gate-block and then one is forced to see that. Whatever it is, it is a buzz creating idea,” he said.

Pops added that the strategy will help them in terms of cost savings by way of not having to sign on some celebrity for the campaign. The fact that so many products will be shown will reiterate the fact that Big Bazaar is certainly big even if someone doesn't see all the ads sequentially,” he said.