This year, the Clio Awards will be held on October 1. The competition is open for entries now with the deadline of April 11 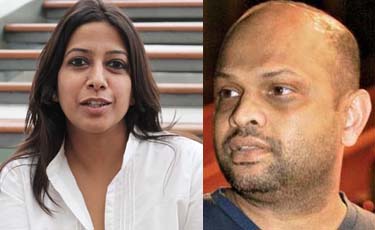 This year, the Clio Awards will be held on October 1. The competition is open for entries now with the deadline of April 11

The Clio Awards is now accepting entries for which the deadline is April 11, 2014. This year, the Clios will stage its awards show in Fall 2014 and will be held on October 1, 2014, coinciding with Advertising Week New York.

With the call for entries, the Clio Awards has also announced the jury line-up for seven categories so far where two of India’s best known creative minds have been appointed on the jury panel. Agnello Dias, Chief Creative Officer & Co-founder, Taproot, will judge the Film category, while Malvika Mehra, National Creative Director and Executive VP, Grey Worldwide India, is on the jury for Content & Contact/Integrated Campaign/Innovative category.

Aggie, as Agnello Dias is popularly known, was a Film juror last year too at the Clio Awards. Aggie is one of India’s best-known advertising creative personalities. The former JWT National Creative Director, who went on to set up his own creative hot shop Taproot, along with partner Santosh ‘Paddy’ Padhi, is credited with winning India’s only Cannes Grand Prix for The Times of India campaign two years ago.

Aggie has spent two decades in the Indian advertising industry with agencies like Lowe, Leo Burnett and JWT before moving out to set up Taproot India. Besides local award shows, his name has featured multiple times in award books like The One Show, Clio and Cannes, D&AD, Ad fest, New York Festival, Media Spikes and Media Magazine.

Malvika Mehra oversees five offices of Grey, handling about 70 brands with her creative teams. Before Grey, Mehra spent 16 years at Ogilvy India, her first job, after getting an Applied Art degree from the Sophia Polytechnic in Mumbai. In a career spanning 20 years, Mehra has worked on nearly every category from banking to potato crisps to jeans and batteries and led her team to win over a 150 national (Abby, Effies, Emvies) and international awards (Cannes, One Show, Media Spikes, London International, D&AD, Adfest Asia), both for effective and creative advertising.

The highlight of her career has been three Grand Prix ‘Campaign of the Year’ awards at the Abby for her work on State Bank of India (‘Surprisingly SBI’), the Hutch Rangashankara Theatre Festival and Killer jeans (‘Killer Green Fold’).

Most recently, Mehra helped get Grey India its first ever Gold Lion at Cannes last year (2013) for her print work on Duracell (‘Positive-Negative’) along with 2 Bronze Lions and 9 shortlists.