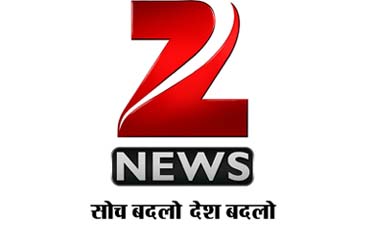 Zee News and Zee Business will be airing the most comprehensive and widest coverage of Budget 2013. The highlight of the Budget coverage would be the use of simplified language, keeping in view the common man’s aspirations from the budget.

It is widely believed that this year’s budget, the last before General Elections in 2014, will bring lots to cheer about for the common man. Keeping this in mind, Zee News and Zee Business will be presenting this year’s budget in a very demystified and simplified common man’s language under its programmes ‘Bumper Budget’ and ‘Aam Aadmi Khas Budget’.

There are a series of programmes that have been planned which started from February 15 and will be concluded with the special programme to be telecast on February 28 throughout the day.

-        Rail Yatra: An hour-long pre-rail budget show where the Zee Business team travels on a long-distance train and speaks to passengers on their expectations, their likes/dislikes about train travel, railway facilities, etc., to be telecast on February 25 at 8 PM

-        Mera Ghar Meri Jeb: Discussions on issues related to personal finance to be telecast on Zee News from  February 15 to 27

-        Industry & Budget: Interview series featuring corporate honchos on their expectations from the budget, to be telecast on Zee Business from February 18 to 22, 6 PM -10 PM

-        Suniye Vitmantriji: General public’s advise to Finance Minister on Budget preparation to be telecast from February 25 to 27 on Zee News

-        Aam Aadmi, Khaas Share: Show talk about stocks likely to be impacted by budget announcements. Five stocks of a particular sector will be discussed daily on Zee Business from February 18 to 22

-        Mera Budget: Industrialists, economists, celebrities and opinion leaders will share their views on budget preparations to be telecast from February 25 to 27

-        Nishana 2014: Special guests to speak about their expectations on budget to be telecast on February 27

-        Bumper Budget: Live budget speech and special programming to be run throughout the day on February 28

-        Budget Day: Two major Zee Business live programming from Central Park, New Delhi. First will be a discussion with political guests from 8 to 9 PM and the second with aam aadmi from 9 to 10 PM

Alok Agrawal, CEO, Zee News Ltd., said, “Bumper Budget on Zee News would be the most comprehensive and widest coverage on budget done by any news channel in India. Zee News and Zee Business have always fulfilled their duty of being a responsible media house and showcase the real facts. The common man’s budget will be presented in a very uncomplicated and demystified language.”