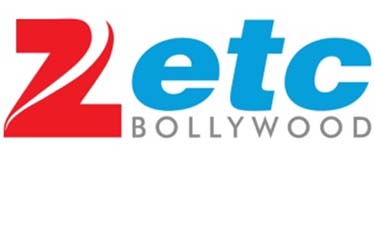 ETC, a leading Bollywood trade channel, in association with India’s leading creative crowd sourcing company, Talenthouse India, has jointly undertaken an initiative to say ‘Thank You’ along with the Bollywood industry to loyal cinema goers for choosing theatres over other pirated medium to bring about awareness and thereby an end to piracy.

‘Bollywood Thanks You’ initiative developed from a simple thought: to appreciate people who consume films the way they are supposed to be – in theatres.  The objective was to represent the entertainment industry for a cause, that is, how the film and TV industry lose money and livelihood due to piracy. ETC extended this idea to the audience to directly involve them in the initiative by inviting budding filmmakers who are part of the entertainment industry to bring forth a strong message.

Talenthouse India hosted this exciting opportunity on their platform www.talenthouse.co.in

wherein participants were required to create an ad film of maximum 30 seconds duration based on the theme ‘Anti -Piracy’. The crowd sourcing route to this campaign not only resulted in 50 creative thoughts on the theme from across India, but also generated engagement and a challenge to young filmmakers to convey the message in 30 seconds. All entries were monitored by the ETC team among which 10 winners are selected for a career defining opportunities as the film created by these young budding filmmakers will now be showcased at leading multiplexes and aired on ETC for the next one year.

Anurag Bedi, Zee Entertainment, said, “We at ETC represent the entertainment industry where the audience is the stakeholder and if they stop supporting the industry, then the industry can’t make them more products. Through ‘Bollywood Thanks You’ initiative we hope to educate and encourage audiences to watch films in theatres. Talenthouse India who had the access to the right kind of talent to generate the films gave us an opportunity to be relevant to the younger audience and enabled us to connect to and inspire young film professionals to bring out a strong message through the crowd sourcing activity.”

From a marketing point of view, ETC has taken anti-piracy to a whole new level. Focusing on a positive and educative route, the aim was to develop user generated content that resonates with ETC’s brand identity and the initiative undertaken to shape future industry leaders.