Hindi GECs experiment with content to tap new audience base

What holds the key to success for Hindi GECs post-digitisation and addition of 5 new ‘Less than Class 1’ (LC1) markets in the new TAM data system? BestMediaInfo.com finds out 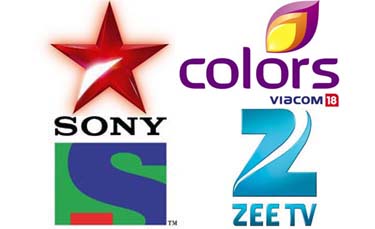 Hindi GECs experiment with content to tap new audience base

What holds the key to success for Hindi GECs post-digitisation and addition of 5 new ‘Less than Class 1’ (LC1) markets in the new TAM data system? BestMediaInfo.com spoke to broadcasters to find out

The game is changing fast for Hindi GECs post DAS and new HSM universe. Beginning with the first phase of digitisation in four metros – Delhi, Mumbai, Kolkata and Chennai – and then the larger TAM universe with the inclusion of five ‘Less than Class 1’ (LC1) markets – Gujarat, Madhya Pradesh, Uttar Pradesh, PHCHP and Rajasthan where MP does not include Chhattisgarh but UP includes Uttaranchal – the Hindi general entertainment channels were likely to be most affected due to their large market share and hence it was important for them to prepare themselves for the new scenario.

For the record, the size of new HSM universe post inclusion of five LC1 markets has moved to 202 million from the earlier 161 million and TAM now covers 92 per cent of the HSM urban markets from the earlier 74 per cent. The five new LC1 markets carry 20 per cent weightage in the new HSM universe among which UP LC1 has been given maximum weightage. UP LC1 carries 8 per cent weightage followed by MP LCI with 4 per cent, PHCHP LC1 and Rajasthan LC1 with 3 per cent each and Gujarat LC1 with 2 per cent.

The different weightages of the five new LC1 markets were certainly the likely factors behind the efforts put by all the channels to attract viewers in those markets. But before that, let us take a look at the key conclusions of behavioural patterns in the new LC1 markets as shared by TAM subscribers.

While the study clearly indicates that identifying the need gap and catering accordingly with content aimed at SEC CDE will benefit a channel the most, a strong consumer connect and marketing strategy for maximum brand recall also holds the key.

For instance, Star Plus launched its show Veera in the background of Punjab while Colors targeted the Gujarati audience with Bigg Boss by making it ‘Alag Che’ and then replacing with it new show Sanskar in a Gujarati background. Life OK went across all media platforms for marketing in the past but it will now start using local media vehicles in LC1 markets. The channel believes that due to a much larger base now with 500 markets being measured, the importance of mass media has increased in comparison to 10 years ago when only two markets were measured. Life OK is using its own channel to market itself along with more of local activities.

Ajit Thakur, General Manager, Life OK, explained, “Our programming strategy has always been very broad based and I think shows like Mahadev, Savbhagyavati Bhava and Savdhan India are as relevant to small town markets as they are in metros. There is no change in our programming strategy but there is one big change in our marketing strategy, which is to reach out more to our smaller markets through more of local media than what we normally do, using outdoor and television. Additionally, we plan to take our stars to these markets.”

When asked about the channel’s focus based on market weightages, Thakur said, “UP and MP have always been an important market for us, so we will continue to do different things and it helps us a lot. But Delhi and Mumbai have seen a marginal drop. It will help us if we get our marketing right.”

Akash Chawla, Marketing Head - National Channels, ZEE, claimed that even when the last LC2 markets were released, Zee TV was the biggest beneficiary. “The fact that measurement would expand to smaller towns was known and we increased our distribution and brand presence in these towns which helped us get a flying start. We have a strategy in place for the 5 LC1 markets too that should give us good results.”

On marketing in new LC1 markets, Chawla said, “While Zee has been aggressively taking the digital route, it’s a different plan when it comes to connecting with audiences of LC1. There are many challenges with respect to advertising and connect to audiences like huge power cuts, low literacy rates, fewer hangout places for youth and families like malls, socio-economic circumstances, and a host of other differentiating variables that vary from the fast pace of life and conditions in a metro. A completely different strategy has to be adopted including more audience engagement on the ground.”

With the fact that the geographic contribution of metros has declined in terms of market weightages post-DAS, Zee TV was prepared for the new scenario. Chawla explained, “We are a Hindi general entertainment channel that goes into Hindi Speaking Markets. Our portfolio has products for small towns and metros. We realise the potential of strong content and cater to the diversified needs of viewers. Over time, with markets expanding, we will define our core audience more sharply and its entertainment proposition to that audience. This is a very dynamic space.”

Gaurav Seth, Senior VP-Marketing, Sony Entertainment Television, said, “I feel the urban audiences are getting regularised and there is consolidation happening. In terms of strategy, we are very clearly following it, the strength of our line-up and communicating content the audience expects from our channel. Therefore, in terms of a strategic shift, we have not changed it.”

Colors’ Marketing Head Rajesh Iyer said, “Our viewership has been consistent, so it is more like a wait and watch situation. I feel it is more about the product and customers which we are attracting. So, with or without DAS, for us our key point is our customers and we tap them at malls, theatres, etc.”