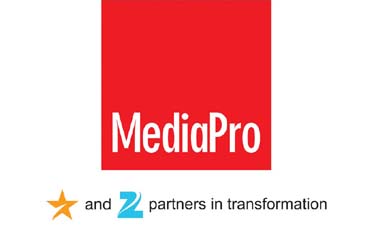 Asianet has been a Pay Channel since January 30, 2010 and this has been categorically informed to all viewers by the Broadcasters Asianet Communications Limited (ACL) via their Public Notice dated December 29, 2009 as per the Telecom Regulatory Authority of India (TRAI) Regulations. But MCOA (Media & Cable Operator Association) in Kerala is deliberately claiming that Asianet channel is not a Pay TV channel to evade payment of subscription fee for the channel to MediaPro after having collected the same from the viewers.

MediaPro claims that as a counterblast against the disconnection notices issued by MediaPro against DEN networks for non signing & non payment of outstanding towards Asianet and Asianet Plus Channels in terms of the TRAI Regulations, MCOA is deliberately with a view to avoid payments of subscription fee for these channels and execute a fresh agreement, is making false and misleading statement that Asianet channel has turned Free to Air. Further, in retaliation to the public notice, MCOA have displaced Asianet channel and have removed the Asianet Plus channel from the analogue line.

A senior official of MediaPro stated, “Taking advantage of a technical error that has occurred on the TRAI website, which has inadvertently not mentioned the name of “Asianet” channel in the list of channels distributed by Media Pro in the Rate Card published by the TRAI on 23rd May 2012, MCOA is creating confusion by making false statements to the operators and viewers that the channel has become a Free to Air Channel”. This official further confirmed that Media Pro has sent letters to the TRAI to make necessary changes on their website to reflect the correct position and that the TRAI has clarified the same shall be done shortly. As a company we remain committed to doing our best to protect the interests of the viewers in particular. But MCOA on the other hand rather than making the payments which are due to us, are using this opportunity to confuse the operators & consumers by displacing/removing Asianet and Asianet Plus channel from the analogue line in violation of the TRAI Regulations which requires the operators to inform the viewers by way of a 3 week public notice before removing any channel from its network”

“The operators had signed subscription agreements for both Asianet and Asianet Plus channels which have now expired and we have been negotiating with the operators for renewal of the same for some time now. We will try our best to eradicate the problems; we are continuously running the On Screen Displays across our networks to inform the viewers regarding nonpayment of outstanding dues by the concerned operators. Our main aim is to provide quality content to our viewers,” he added.