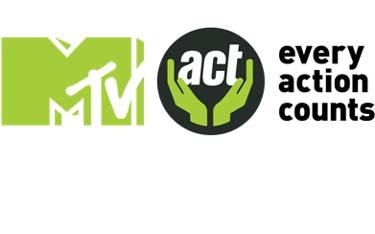 Youth today are risk takers and change-makers. They are aware, curious and believe they can bring about a change for good. MTV launches MTV act on 22nd April – EARTH DAY, a pro-socio initiative for those who don’t want to sit and watch anymore, for those who want to take action. Finally for those who believe that every action counts!

MTV act is an initiative by MTV to raise a toast to all the young people determined to bring about change in this world, to make it a better place to live. MTV act is a platform that lives 365 days and strives to create awareness on various social causes that need the youth’s attention. The platform also gives the youth a chance to act by taking initiative, participating and engaging directly on issues they care about.

Explaining the concept, Aditya Swamy, EVP and Business Head says, “Young people are realizing the power they have and want to use it to bring about social change. MTV ACT is a platform where we raise the issues and youth brings the action. Our first initiative 'Don’t Abuse Your Mother ' is a drive to protect our planet. We have to be the change that we are looking for. Because every action counts”

MTV act will work towards making the youth future friendly, MTV act will support organizations, NGO’s, voluntary workers  and all individuals alike who are working towards issues concerning the future of the youth. In its phase 1, MTV act is identifying projects conducted by NGOs/voluntary workers and individuals alike who are determined to work on causes like reducing deforestation, saving water, saving electricity, recycling, and finally curbing pollution caused by throwing waste into the environment.

MTV India will leverage its reach across millions of youth to gather support for these causes. Through this platform MTV wants to see a rise in responsible young individuals who believe they can bring about change by acting on issues that affect them. By encouraging the youth to give back to the society through voluntary work, MTV act aims at creating a more future friendly generation of young Indians.