A bonus for the brands already on board; new advertisers ready to pay high premium for clutter-less inventories. 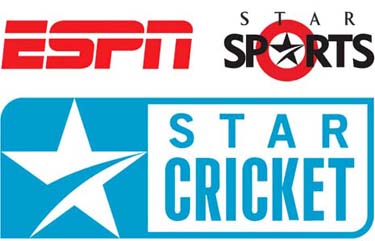 A bonus for the brands already on board; new advertisers ready to pay high premium for clutter-less inventories.

If viewership data of quarter finals of Cricket World Cup wasn’t enough to make the sponsors happy, then the Semi Final between India and Pakistan will make them shout their lungs out as the match is expected to attract maximum number of eyeballs that any event has got in the history of Indian TV.

Excited about India-Pakistan Semifinal clash, Subhrangshu Neogi, Director – Brand & Corporate Communications, Religare Enterprises Limited says, “World cup advertising was a part of big strategic decision which was taken six month back. We cherry picked-India only matches in group stage besides the knock-round matches. Though we are not in a position to reveal more on the deals, all I can say is that it has been a good decision for us and the fact that India-Pakistan are clashing in the semis couldn’t make this better”

Are the advertisers convinced and ready to pay such a high premium? Neogi opines, “From an advertiser’s perspective it is a great mileage better than what other platforms deliver.”

BestMediaInfo.com has learnt from the highly placed sources in the industry that rest 5% inventories left with ESPN will be sold for more than Rs.20 lakh per 10 seconds spot. Contrary to the reports in media that advertisers are not ready to buy the spots at this rate, BestMediaInfo.com has learnt that the 95% inventories were sold for around Rs.18 lakh per 10 seconds spot. And looking at the expected high delivery, the premium for the rest inventory is set to cross Rs.20 lakh.

Here is one more important catch. The brands are benefited by advertising in world cup with the fact that the inventories in the world cup are not cluttered at all if we compare with the IPL environment. There are select brands that are advertising during world cup. The lesser number of brands makes the inventories less cluttered. So looking at the larger picture, the best brand recall convinces the advertiser to put money into the world cup.

Like general public and players on ground, it’s a big game for advertisers too. At the same time, it’s a kind of calculated guess. If India would not have reached to the knock round, the advertisers may not have benefited in such a huge way.  But since they had locked the deal before the world cup, they are enjoying the maximum visibility as a bonus with the Indian team's performances at its best.

Now IPL is on the cards just after the world cup but the question arises that what is left for IPL? The advertisers who have already exhausted a big size of their budget will stay away from IPL at the same time there were many advertisers with limited budget who did not tried world cup for higher ad rates. These advertisers with limited budget and the big companies who can afford both the tournament will certainly advertise in the IPL. Coinciding with summers, Cola and FMCG are to be the biggest advertisers for the IPL. Unlike world cup, IPL doesn’t give only males dominated viewership. While world cup or cricket in general attracts male viewers, IPL has a rapidly changing mix of viewers including a large share of female viewers. So it is an opportunity of different kind for different advertising needs.