This year, Indian agencies pick almost half of the metals won last year; could not manage a Gold for India. 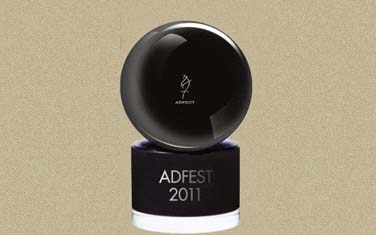 This year, Indian agencies pick almost half of the metals won last year; could not manage a Gold for India.

The winners of the ADFEST 2011 have been announced on 19th March, Saturday at the 14th Asia Pacific Advertising Festival (ADFEST), held at Mövenpick Resort & Spain Phuket, Thailand.

At ADFEST, one of Asia's top annual awards for the ad industry, Leo Burnett India has won maximum 6 metals including 3 Silver Lotus and 3 Bronze Lotus.

Creativeland Aisa has won 3 Silver Lotus including two for LMN and one for Hippo campaigns.

Winning a Silver and 2 Bronze, McCann Worldgroup has managed to win 3 Lotus at Adfest this year. The agency has won the Silver for its campaign for Sanitol Hand Sanitizer in Film category while it has got 1 Bronze Lotus each for Servo and Odomos campaigns.

Bates141 has bagged a Bronze in Print Craft category for Staedtler Pens.