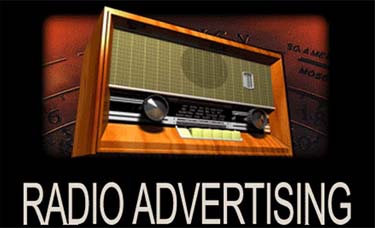 Whenever we use words like creative, innovative or clutter-breaking, it is either for some TVC or a print ad. It is also a fact that as a medium radio has always been treated as a second and feeble cousin of mighty television. This is perhaps because of the limited experimental options on the ad front that the medium offers to marketers along with a region-specific reach. Het, the fact is that with no visual support, great ads demand a great level of imagination and creativity as the ads have only voice to fall back on.

Validating this, Jignesh Maniar, Co-founder, ON, minces no words when he says, “If you ask me of my favourite  campaign, I can’t really recall any. Particularly as a category it has been seen very little of advertising.”

Maniar words may be a bit too stern, but at the same time, it cannot be ignored that  has always been known to deliver a message imaginatively and very interestingly.

Thus, to make the hazy picture clearer, BestMediaInfo.com asked a few experts to put on their thinking cap and recall ads that they remember. Their reasons for liking vary from top of mind recall, great jingle to effective message delivery and crisp script.

Titus Upputuru, Executive Creative Director, Dentsu Marcom, who willingly agrees that as a medium has always got a stepchild treatment and it's hard to recollect good Indian ads. But he mentions two of his ads that remain close to his heart. The first one was for a brand called Libaas, a traditional clothing boutique, wherein the communication was based on the central idea that even though times have changed, the brand has preserved the essence of clothing. As is all about sound, the ad was made with sounds of swords and horses to connect to the bygone era. It had a historic touch and it was much like the sound and light show at Red Fort, says Upputuru.

The second  commercial on his list is a tad quirky that Upputuru had worked on long ago for a traffic safety campaign for Maruti.  There was a male voice-over that said ‘Main har raat jab waapis laut ta hoon, police mera intezaar karti hai, woh mere liye darwaaza kholti hia, khanna banati hai…” and so on, depicting a romance between the man in the car and the policeman. In the end the voice-over comes on: “Police aapke liye yeh sab nahin karti to aap police ke liye seat belt kyoun pehente hai.”

“The idea was to bring about police does not take care of you, so one should not be wearing a seat belt only for the police official. There was a full one-minute narration that was really good and the VO person did such a nice job that one actually could not help but picture a romantic scene between a man and a policeman and that was really very funny,” says Upputuru.

For B Surendar, Senior VP & National Sales Head, Red FM, the one  ad that he rates as most impressive and enjoyable is the Nokia ad supporting Kolkata Knight Riders (KKR) during this year’s IPL .The marketing objective behind the ad was to spread the message that the Kolkata Knight Riders team who performed below expectations in the previous edition of IPL should take it easy and be tension free this time around so that they can give their best, and if possible, win the IPL this year. The same message was also subtly targeted at the diehard fans of KKR who were pressuring on the team with their own highly volatile emotions. The ideation was created exclusively by the Red FM creative solutions team.

Surendar says, “The reasons why I’d liked about this ad spot campaign are many. But to start off with, I liked the character who speaks English with a strong Bengali accent going by the name ‘Govardhan Bonnerjee’ (GB), who is a big KKR fan. He was created to engage and involve the audience.  So every time GB came on, he gave stress busting ‘teeps’ (tips) for his favourite team. It was highly interactive as every spot ended with a call for action, where GB asks listeners to write or SMS their own ‘teeps’ to help his team stay stress-free.”

Surendar further says that GB gained immense popularity, to the extent that the client used a similar Bengali character in one of their TVC’s. The multiple creatives were used to ensure freshness and engagement that complemented Nokia’s campaign featuring SRK on television.

Elvis Sequeira, ex-NCD, Cheil Worldwide Southwest Asia, considers the classic ads of ‘Muggli Ghutti’ and ‘Diamond Comics’ as the most memorable commercials on . He says he loved them because of their “their hummable jingles”. He says, “Most of the  ads keep doing a constant blabbering. Thus we tend to remember most of the spots that have either a film star’s voice or a mimic of it, as that gives a distinctinctive touch.”

Rajiv Rao, NCD, O&M, also seconds Sequeira’s rationale but with a different logic. He chooses an international classic, not for its jingle but for its multiplicity. According to him, the campaign for ‘Budweiser - real men of genius’ remains his all-time favourite  ad for which 150 different creative spots were created that ran for almost  4-5 years. He says, “It was a complete campaign spanning various mediums, of which were also an integral part. They used very intelligently. What I like about them is the fact that they were brilliantly written and were very witty at the same time, a great combination which is simple yet brilliant.”

On the other hand, Priti Nair, Founder & Director, Curry Nation, chuckles when she talks of the Cadbury Five-Star  ads that came out last year. The theme of the ad that focused on ‘5-star khaane walon ki madad karein’ had two ads under the campaign. She found the script to be “brilliant and the casting good”.

Moving on from the Cadbury ad, there is another campaign that drew admiration and applause from the experts. This one tumbled out of the Bajaj stable and used as a “theatre of the mind” to create an audio visual experience.  Harish M Bhatia, CEO, My FM, explains, “I like the Bajaj KB 125 ad wherein the voice-over claims that the Bajaj bike can chart to 0-60 km in less than seven seconds. The ad not only effectively uses the medium but also communicates the main message in a few words to generate desired response and recall.  The ad also demonstrates that if used properly helps build brands and is just not a tactical medium.”

has witnessed a number of innovations of late. It’s high time advertisers start to look at the medium in a more serious and approachable manner.