He will be based in Gurgaon and will drive the consumer marketing initiatives in India. 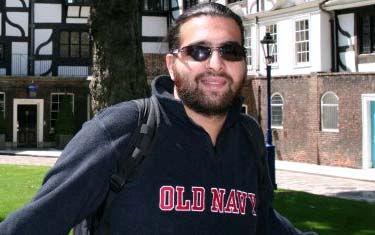 He will be based in Gurgaon and will drive the consumer marketing initiatives in India.

Google India has appointed Guneet Singh as Lead, Consumer Marketing to drive its consumer marketing initiatives in the sub-continent.

Confirming the development with BestMediaInfo.com, Guneet informed that he joined the organization this week and will be based out of Gurgaon.

Commenting on the appointment, a Google spokesperson says, "We are delighted to announce Guneet Singh as the lead for Consumer Marketing. Guneet will be reporting to Nikhil Rungta - Country Marketing Head for Google India. He will be responsible for driving the consumer marketing efforts for Google India."

Prior to joining Google, Guneet was an Entrepreneur as Co-Founder & Director of the B2C Group Buying site DealsAndYou.com where he achieved one of the fastest ramp-ups (within 5 months), building a robust business and a 40 member team.

Guneet left DealsAndYou.com after divesting his stake in November 2010. According to him, “He divested his stake early as he believed the time was ripe with hypercompetition & commoditization setting in the industry's early days!”

Earlier, Guneet had worked with Microsoft for more than 5 years where he served as Head, Integrated Marketing & Communications (Consumer & Online International) for the last 2 years with the organization. At Microsoft, he led the marketing team responsible for all consumer brands –Windows7, Internet Explorer, Windows Mobile, Windows Live (Hotmail), MSN and Bing!

An MBA in Marketing from SP Jain Institute of Management and Research (Mumbai), Guneet had also worked with Samsung Electronics and ABN Amro Bank in the past.