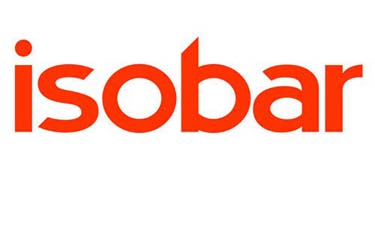 Isobar India, the world’s leading digital marketing agency from the Aegis Media Group, will be opening their Bangalore office from 10th January, 2011. Isobar India has also just won the Digital duties of the VMware, global leader in virtualization and cloud infrastructure.

“Isobar India has had a spectacular run under Shamsu and I am very pleased to see them expand to Bangalore, the Digital & IT centre of India. On behalf of Isobar India, I am very pleased to welcome VMware to the Aegis Media family. Coming on the back of the successful launch of iProspect, this expansion from Isobar will help Aegis Media move towards digital leadership in India” said Ashish Bhasin, Chairman India & CEO South East Asia.

Since inception 2 years ago Isobar has bagged over 35 brands including Reebok, Adidas, Philips, UTI MF, Tourism Australia and Perfetti across all forms of digital advertising, making it a truly integrated digital offering. Isobar’s philosophy of 365 days presence rather than just 360 degree marketing has hit home with a lot of advertisers who believe in the value that Isobar brings to the table.

Shamsuddin Jasani, Country Head Isobar India Says “ We will be sending Ashish Singh, Group Head Mumbai to start the Bangalore office. We wanted to first setup a world class product with international tools and thought process and making them relevant to the Indian context. Having done this and having a very strong presence in Mumbai and Delhi, the next logical step was to launch Bangalore which will also serve as a hub for the southern region.  We are confident of Isobar India attaining digital leadership in India”