All three genres have different reasons of growth on DTH over analog (cable) platform; find out here. 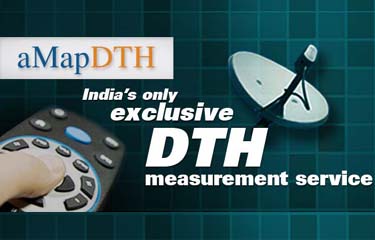 All three genres have different reasons of growth on DTH over analog (cable) platform; find out here.

After the launch of aMapDTH last month, the overnight television rating agency Audience Map has released another set of DTH Genre analysis. According to the data released by aMapDTH, the reach of Hindi movie channels, Infotainment channels and Tamil channels is much higher on DTH platform in comparison to analog (cable).

In case of Tamil channels across India, the analysis reveals that audience reach is about 57% higher on DTH platform across India vis-à-vis Analog (cable).

When DTH was launched, it was on the premise that viewers should have greater freedom of choice in terms of content. Until the advent of DTH, regional language viewers often faced issues from cable operators unless they lived in areas where their language group was the dominant one.

The idea that audiences switched over to DTH for the range of options it offers is particularly evident in the success story of the Tamil GEC genre.

Given the recent ruling by TRAI on allowing consumers to choose their channels a la carte, we see major DTH operators advertising this new service. However, it remains to be seen how popular this will be with consumers and how this will affect channels' performance

Currently, the availability of a channel is contingent on the package it is placed in. This may be due to its presence in the more popular packs of DTH operators. Other genres like Hindi Movies, GECs etc also have better availability on the DTH platform due to the packs they are placed in.

If we take a look at Hindi Movies channels performance on DTH platform, this genre has a huge reach and impact in comparison to analog (cable).

In recent times, we have seen a change in the way cinema is consumed in the analog space wherein movies premiere on Hindi GECs within a very short period of their theatrical release.

Before the advent of Hindi GECs, however, Cable operators used to play the latest movies and still do remain competition to channels that air movies. Thus, a considerable proportion of audiences can be found on this genre as well.

However, in absence of Cable Channels on the DTH platform, the reach for the same set of Hindi Movie Channels has increased to about 34.5% on DTH. Even the time spent has increased for this genre on DTH.