Many Unconventional Marketing Recipes To Spice Up MasterChef

Star Plus says NO to print campaigns; plans roadblocks across network channels and news channels re-directing the viewers to the show. 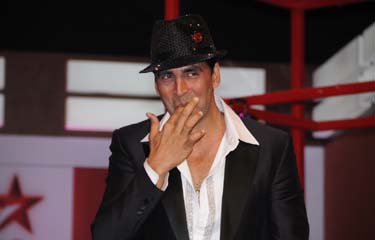 Many Unconventional Marketing Recipes To Spice Up MasterChef

Star Plus says NO to print campaigns; plans roadblocks across network channels and news channels re-directing the viewers to the show.

After the launch of two big-ticket reality shows - BIG BOSS and Kaun Banega Crorepati this month, Star Plus is all set to premiere its mega-budget all new show MasterChef India on tomorrow. Unlike others, Star Plus has adopted different marketing approach which is innovative and unique in many terms. For the first time in the history of big show launches, there would not be any print campaign in newspapers to mark the launch. The channel has taken an unconventional way to premiere the first look of MasterChef on web before 2 days of launch.

Besides, Star Plus is banking and focusing on the innovative campaigns for masses. An intensive on-air campaign is running from past few weeks across Star Network channels.

As a part of on-air campaign, the channel launched a music video using of kitchen sounds & visuals. The on-air campaign witnessed the countdown promos created by innovative food products to leading to the launch besides the promos showcasing contestants, emotions & interesting moments one can look forward to. The 24 hour countdown clocks are seen across networks channels.

Going a step forward, the channel has planned a roadblock on launch day with 2 min capsule on the show concept across network channels from 8:58 – 9:00PM. The capsule will end with viewers being directed to Star Plus to watch the first episode. The roadblock will be seen on channels outside network also that include CNN IBN, IBN7, NDTV 24x7. NDTV India, News 24, Live India, Times Now, Aaj Tak, HT, Tez, IBN Lokmat, E24, Star News & Star Majha.

Star Plus is running its campaign for one week with high frequency radio spots across radio stations including Radio Mirchi, Radio City, Big 92.7 FM, Red, Fever, Radio One, My FM playing over 40 spots a day. The campaigns include listener interactivity, hourly countdowns, interview with Akshay Kumar on day of launch RJ mentions, Sponsorships etc.

And the last but not least, to attract the maximum eyeballs, the channel is using innovations for aggressive outdoor campaigns with 400 plus units across Mumbai, Delhi, Chandigarh, Ahmedabad, Jaipur & Lucknow. The innovations include Glowing Microwave, Mobile Van with life size Mixer & Akshay cutout. Transit media through bus wraps, railway station branding & bus backs & kiosks are also being used.

Now with many firsts and unconventional marketing initiatives, the first MasterChef India is all set to hit the small screen which will acknowledge and encourage the culinary skills of passionate cooks and groom them to become the ultimate professionals of the art. The show will identify 12 contestants who will compete with each other, while Chefs Kunal Kapoor and Ajay Chopra will judge the show along with Akshay Kumar. The show has already been hit in UK and Australia.

Also read: Star Plus To Give First Look Of MasterChef On Web Today