With January being the busiest in 10 years for SoCheers, the Co-Founders aim to break into more sectors in 2023

In an interaction with BestMediaInfo.com, the Co-Founders of SoCheers- Mehul Gupta and Siddharth Devnani - stated that the biggest challenge for any independent agency who wishes to stick with its ‘Independent’ prefix is fighting inroads into big clients who prefer having an association with big group agencies 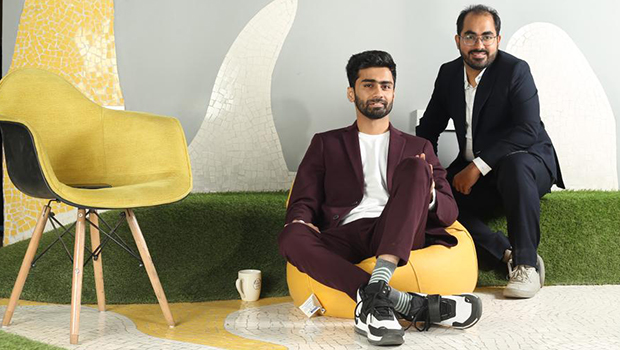 Having completed a decade of existence and being the brains behind ‘Modern Love Mumbai’ and ‘The Family Man: Job Hunt’ in addition to various digital campaigns, SoCheers has witnessed a 360-degree transformation of the entire digital ecosystem as per the Co-Founders- Mehul Gupta and Siddharth Devnani.

Speaking to BestMediaInfo.com, Gupta, Co-Founder and CEO, SoCheers, said, “From convincing brands to understand the importance of digital, to now digital being the most preferred medium, we have seen it all. The last ten years have not only made us swim through the ups and downs but grow as an agency from having two clients to having over 100 clients today.”

“Because the dynamics of the environment that we cater to urges us to be on top of everything all the time, our strategies evolve with the changing trends, evolving technological advancements and user behaviour in addition to newer services and being on toes 24x7, 365 days a year,” he added.

Commenting as to what were some of the major factors that aided in the growth of digital landscape in India, Gupta stated that the biggest factors that led to the digital growth are easier internet accessibility across the country through reasonable 4G internet services, the pandemic, along with other factors like widespread awareness, e-commerce, time spent on social media and a higher disposable income.

“While the advent of Jio gave a huge opportunity for brands to connect to a broader world, the Covid-19 pandemic accelerated it further and gave them the time to experiment as well as grow,” he added. 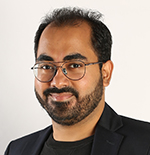 Upon being questioned as to whether the agency could achieve their predetermined goals in 2022, Devnani, Co-Founder and Director, SoCheers, replied, “When we set goals for the year, they are always lofty because we want to reach our dream numbers very quickly. But other than numbers, we also believe in setting some intangible goals like our perception.”

“Every year we brainstorm how we want SoCheers to be perceived by the people who currently work with us, who have worked with us in the past and even those who will work with us in the future. This extends beyond our Cheer Squad to include people from the brand teams, the talent we partner with, the vendors we work with and more. This helps us alter our communications, level up year-on-year and stay focussed,” he added.

Furthermore, Devnani also shared that one of the top goals of SoCheers in 2022 was to diversify the client portfolio and that the agency was able to tick that box by expanding its footprints and entering into the BFSI, Fashion, and Consumer Retail sectors in a big way with players like Ed-a-mamma, Croma, Yes Bank, Kotak Securities and more coming on board.

“To take this momentum ahead and break into more sectors, nationally and internationally, is a big goal for 2023 along with adding a few more big names to the roster which allows us to further scale up our ideas and executions,” he added.

Sharing the key takeaways for the agency business from 2022, Gupta stated that ‘scaling’ doesn't just mean ‘hiring’ but also retaining and training the talent. Apparently, this was one of the few areas that the digital agency struggled with last year.

“We’ve always focused on individual growth in the agency, but somehow that wasn't enough to retain people. So, we had to relearn what it takes to do that and have now managed to scale our learnings,” he added.

Additionally, he also went on to point out that diverse industries bring diverse learnings and this knowledge transfer is what helps SoCheers get quicker with the work that they do for their clients.

While giving a sneak-peek into the agency’s plan of growth and business strategy for 2023, Gupta also told BestMediaInfo.com that the year has already started on a good note with new retainers and projects already making January the busiest month yet for the agency.

Building on what Gupta said, Devnani emphasised that one consistent goal that SoCheers aims to take ahead year after year is doubling down on diversifying to different industries and to be able to achieve this even in the longer run, and that is why the agency keeps altering its strategies.

“We would be focusing on growing individual businesses like outreach, video and films, social listening and media, which eventually will help the agency grow holistically,” opined Devnani.

In the views of Devnani, tech innovation would be the other crucial growth area for SoCheers - as the agency has seen it drive both customer and campaign goals in addition to steering the agency’s visibility in terms of media footprints and awards.

Upon being questioned as to what some of the short-term and long-term goals are that the agency has set aside this year, Gupta responded, “While the short-term goal is to create at least ten impactful campaigns in a year across brands, the long-term objective is to be the agency that sets standards for the kind of campaigns that are referred to in every marketing meeting room and to be able to maintain this.”

In the backdrop of this, Gupta also shared that if there’s one thing in his viewpoint that sets apart SoCheers from the rest of its competitors, it is the agency’s servicing and never back down attitude which is also reflected in their campaigns.

Sharing his opinion on the future of advertising in the country and the role of digital marketing agencies in the same, Devnani stated that being one of the most essential sectors of the media and entertainment industry, advertising is bound to witness an upsurge and that digital will be a much-preferred medium in the media mix of brands going ahead.

“Interestingly, it's been this way since the country witnessed a massive surge in mobile internet users, making the majority of the population shift towards online mediums,” he added.

Adding to what Devnani mentioned, Gupta also emphasised that in his views, SoCheers is the bridge or rather a go-to agency to tap into this audience as the agency is focussed on the next billion internet users in India who will further increase the target audience pool of brands.

Throwing light on some of the challenges that they have faced in its decade-long journey, Devnani said that the agency had faced several of them not only as an individual entity but also as an agency in a rapidly evolving environment.

“From an industry point of view, keeping up with the changing dynamics of digital and its consumer is an always-on challenge for us. To keep up with the same, evolving our strategies every now and then, is of utmost importance. Hence, to always create out-of-the-box ideas sometimes becomes challenging,” he said.

He also went on to add that SoCheers, as an agency, has and will always aim to be at a ‘top of the mind' place to work for people who love to create a balance between sheer management capabilities and creative thinking. Therefore, with over 180 employees and always attracting like-minded people, retaining the existing ones is a major challenge in Devnani’s opinion.

“Being a people-first agency, keeping abreast with the needs and demands of our people and maintaining a certain level of culture becomes a bit challenging too,” he added.

However, from a clients’ point of view, Devnani stated that another big challenge for an independent agency that wishes to always keep the ‘Independent’ status as a prefix is fighting off the ideas of big clients who prefer having an association with big group agencies, and working on being more operationally efficient by improving margins without compromising.

Commenting as to how the advertising landscape has changed in India, Gupta said, “With traditional advertising, the brands could reach a limited set of audience that was accustomed to TV, newspapers, radio etc. but with digital avenues, the brands have widened their reach and how. This directly impacted the buying behaviour of people, thus considerably contributing to our economy.”

In Devnani’s views, the year 2022 saw a huge rise in technological advancements like Artificial Intelligence and the way it was accepted and experimented with. “2023 will see a better continuation of the same and we will see more brands joining the wagon to experiment with AR, VR, ChatGPTs and more. As Artificial Intelligence is buzzing with everyone, data personalisation is going to be a key element making its way to marketing campaigns,” he added.