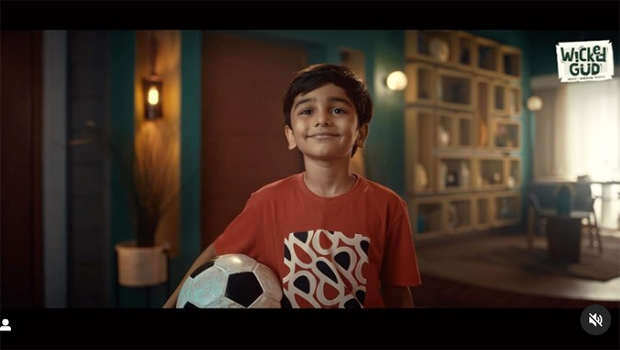 WickedGüd, the healthy comfort food brand, has launched a series of three brand films highlighting the ignorance of today’s consumers.

The brand has recently added four variants of instant noodles to its product portfolio. The brand films have been launched to support the new offerings.

The brand claims that their noodles are free of refined flour, chemicals, and preservatives, and not deep-fried while also retaining the taste that is preferred by noodle lovers, hence, the films take a dig at other instant noodle brands that have deep-fried noodles with empty calories and loads of harmful chemicals in them.

The first film ‘Oil’s Not Well’ showcases a young and witty Saral, the protagonist, breaking the bubble by pointing out how instant noodles are usually deep-fried and harmful for health. This is otherwise a known fact but the way Saral puts his point across, it just aims to hit the right spot.

The second film, ‘Dabba Gul’ highlights the empty calories in instant noodles made with maida. Saral, again, points this out to his friend in a way that leaves him and the viewers stunned.

The last film of the series, ‘Science Experiment’ uniquely tells us about the chemicals present in regular instant noodles as their basic ingredients. The consumers of these instant noodles have been conveniently ignoring this until Saral points it out in the film.

Bhuman Dani, Founder and CEO at WickedGüd, stated, “Instant noodles is one the largest consumer food categories, with a market size of over 12,000 crores. That said, all of the legacy brands’ instant noodles are deep-fried, and made with refined flour while also containing a lot of harmful additives. This is not a novel discovery, it is just the ignorance of the consumers, which WickedGud is highlighting in its mission to un-junk India, one kitchen at a time!”

Monish Debnath, Founding Team Member & CMO at WickedGüd said, “In a culture where being healthy is considered the coolest form of lifestyle- one truly needs to understand the serious implication of consuming regular instant noodles. Some brand had to do it and we wanted to be that brand to provoke the consumer out there, but in a manner which is true to the brand tone of being quirky and playful.”

The films were thoughtfully created in association with the brand’s creative agency, Django Digital. Aashay Shah, Co-founder at Django Digital said, “WickedGüd created an exemplary product that solves a crucial problem. Our aim was not just to educate consumers, but also to entertain them along the way. The three films crafted by Siddhesh Parelkar (Copy Head) discreetly underline the problems with other instant noodles, while in the end, highlighting the benefits of WickedGüd’s newly launched instant noodles.”