What are brands expecting from Union Budget 2023?

As per industry leaders, brands are hoping that the government will boost the disposable incomes of the middle-class section of society, provide the right policy and budgetary framework to ensure economic growth and simplify the GST structure, and more 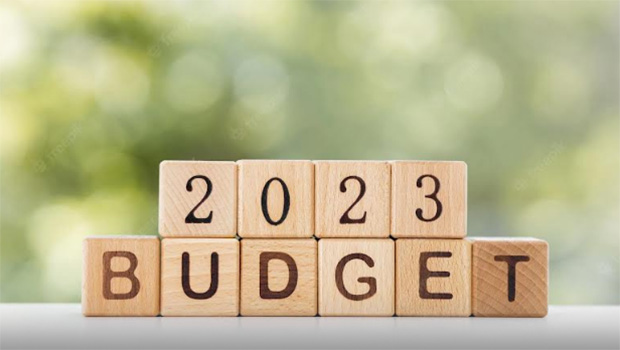 Finance Minister Nirmala Sitharaman will present the Union Budget for FY 2023-24 in a matter of under two weeks from now. Brands are eyeing the Budget as they hopeful of several relief measures for the public and new initiatives for businesses operating in India.

They have a wishlist for the overall growth of the economy as well as some suggestions for their businesses to grow, including boosting disposable incomes of the middle-class section of society, simplifying the GST structure and provisions to foster a greener start-up economy.

Boosting disposable incomes of the middle-class

According to Saugata Gupta, MD and CEO, Marico, India has largely remained robust on its growth trajectory amidst significant global uncertainty and volatility and through continued economic reforms, Budget 2023 would set the tone for the next leg of India’s growth story towards a $5 trillion economy.

"The government has done a commendable job in this aspirational journey. The upcoming Union Budget should therefore focus on boosting disposable incomes of the burgeoning middle-class through favourable fiscal policies and beneficial tax regimes that should eventually lead to demand generation and accelerate consumption at the middle and bottom of the pyramid," Gupta said.

He added, "While significant efforts are being made by the central bank to rein in inflation, there should be continued thrust on building rural infrastructure that would re-energise the rural economy through long-term job creation. Strengthening public infrastructure while incentivising private participation in India’s infrastructure growth should continue to be one of the key focus areas. Similar to earlier budgets, themes around infrastructure modernisation, improved connectivity, farmer welfare and technology adoption would continue to have a multiplier effect on the economy with employment generation, digital businesses, better logistics and subsequently higher consumption."

"I hope that Budget 2023 scales a path toward India’s growth story, especially in the infrastructure and technology sectors. The expectation for the upcoming Union Budget is to continue and provide the right policy and budgetary framework to ensure the economic growth of the country and a budget design that can stand as per the GDP growth rate expectations," Sharma stated.

He added that considering that the Indian economy has begun to recover from the fiscal repercussions of the COVID-19 pandemic outbreak, the manufacturing sector is expected to experience solid growth, which can be further strengthened by providing fiscal incentives and specific schemes in the upcoming Budget.

"I strongly believe that the Indian government will prioritise the policies that can benefit the infrastructure, manufacturing sector and promote renewable energy allowing the country to realise its potential on a global scale. Manufacturing investments must be encouraged among technology providers to bring self-reliant solutions to the country. Development of new-age manufacturing skills across the top and bottom of the pyramid must be enlightened which can be a game changer for further skill development. The overall expectation from the Union Budget is that it brings a steady growth for the present and future of the country," Sharma stated.

Sanjay Vakharia, CEO of Spykar Lifestyle, believes that the current atmosphere seems to be a little in flux with so much conversation around global recession and inflationary pressures. The industry is facing some headwinds for a few months as far as discretionary spends are concerned.

"We expect the government to create an environment which is conducive to helping our industry meet these challenges coming straight out of two years of pain caused by Covid-19, in the forthcoming Budget. Besides aiding demand creation, there are a few other things which will go a long way in growing sustainably," Vakharia added.

Furthermore, he went on to state that the volatility that the fluctuation in the cotton prices created in the past was very unsustainable for the fashion industry. Hence, he raised the demand for a cotton price stabilisation fund to be set up, creation of another fund to promote traceability and sustainability in the textile value chain. He also raised the demand for the GST input credit process to be tightened further and any artificial barriers to availing input tax credit be removed.

According to Rajesh Ramakrishnan, Managing Director, Perfetti Van Melle India, one of the key expectations from Union Budget 2023 would be to fuel growth in the rural markets through a slew of initiatives around increased stimulus packages to boost farm income and a greater number of infrastructure projects.

"Adequate investment in infrastructure, agriculture and social sectors will drive the pace of growth in the coming quarters. A key task for the Budget 2023 would be to develop sustainable growth models for increasing rural income so that there is a heightened demand for consumer products leading to a virtuous growth cycle," Ramakrishnan added. 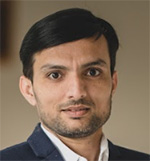 In the view of Ahmad Hushsham, Founder and CEO, YOHO, "We hope to see a budget that outlines a plan for increasing economic growth along with more investment in infrastructure and incentives for corporate capital expenditure. One important step in this direction would be simplifying the GST structure. Currently, the GST rate on footwear with a sale price above Rs 1000 is 18% and the rate on footwear with a sale price below Rs 1000 is 12%, which is confusing. In the past, GST was set at a rate of 5%. However, it has significantly increased over the past few years and is now at 12% and 18%.

He added, “Reducing the rate and having uniformity on all footwear would lead to lower prices and potentially increase consumer demand. Another way to support growth and development would be to encourage the local production of footwear raw materials, components, co-polymers, moulds, and machinery at competitive prices under the 'Make in India' initiative. This could boost India’s export ambitions and create employment, leading to lower overall prices and improving consumer sentiment.” 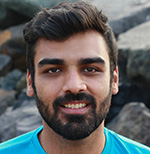 Akshay Varma, Co-founder, Beco, said that the sustained headwinds from the Covid-19 pandemic, amplified by the conflict between Russia and Ukraine made 2022 a testing year across industries as the global supply chains were massively disrupted and brought to a halt, while also resulting in a substantial hike in prices. Despite these global circumstances, it is heartening to see India’s booming start-up ecosystem and the government’s sustained emphasis on catalysing its growth.

"The dual approach of insistence on domestic manufacturing and the corresponding policy implementations will be sure enablers in steering the Indian D2C market in an upward trending direction. In this regard, the upcoming Union Budget 2023 will be pivotal in redefining the trajectory for the growth of the Indian economy, especially in a post-Covid world," Varma added.

"To start with, our 100+ unicorns, who have collectively raised $130 billion since 2014, are already paving way for new-age start-ups like ours to gain investor and consumer confidence in supporting dynamic shifts towards purpose-driven green agendas," he stated.

Varma also highlighted that with the latest budget, there are high expectations for meaningful provisions to foster a greener start-up economy, and this could be achieved through policy incentives that are conducive to sustainable business models, increased R&D support as well as technical upliftment for innovation in the green-goods space. As India enters its decade of sustainability, certain funding and policies to tackle tariff rate challenges and project execution will definitely boost consumer sentiment. 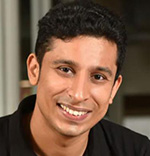 According to Vidit Aatrey, Founder and CEO, Meesho, "Budget 2023 gives our visionary government an opportunity to put our MSMEs in the fast lane, building on its proactive efforts to transform the small business economy."

"First, the government can bolster working capital for e-commerce suppliers by lowering GST on input services like logistics and facilitating refunds of an accumulated input tax credit. Over April-November 2022, 2.9 lakh sellers on Meesho dealing in products that attract <18% GST saw an input tax credit accumulation of Rs 265 crore. Second, expediting the implementation of GST relaxation norms for small online businesses will allow millions of them to realise their full potential," Aatrey added.

Furthermore, Aatrey went on to state that with the National Logistics Policy bringing down costs for the ecosystem and strengthening distribution networks, the government could leverage the unmatched reach of India Post and Indian Railways to help the MSMEs meet rising e-commerce demand from small towns and villages in a fast and reliable manner, thereby boosting their competitiveness.