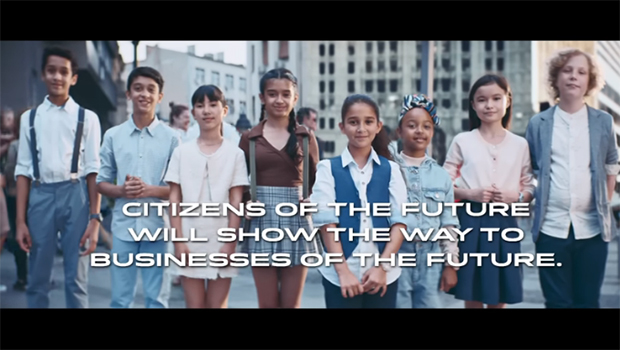 Founded in 1945 and having operations in over 100 countries currently, the Mahindra Group has extended its ‘Rise’ philosophy for driving a positive change in the lives of people through Mahindra Rise’s new campaign titled #TogetherWeRise which rolled out recently.

Dating back to the times when the Mahindra Group had only been in business for a few months, the founders had issued a newspaper advertisement as a call-to-action and an announcement of what the company’s ideals would be in future.

Back then, the founders had proclaimed that, with the support of the ‘general public’, the company would focus on ‘raising the standard of living of the masses’. Until today, these principles have continued to be the bedrock of the Mahindra’s purpose and ethical code.

Carrying forward the Group’s belief that one can only rise when they enable others to rise, the new film is focused on giving a refreshed look to the brand’s 77-year-old ‘Rise’ philosophy.

The campaign titled #TogetherWeRise showcases Mahindra’s unwavering belief that whatever is good for the world is good for business and what creates value or enriches the planet will subsequently create profit and enrich the brand.

Bringing alive the group’s philosophy to the audience screens, the new campaign aims to make each one of the consumers realise that they should think before they invest in any brand and look beyond the realm of monetary values and explore the world of brand purpose and strategy which actually has the potential of ‘giving it back to the public’.

As per the recent Kantar’s Global Issues Barometer Report, two-thirds of the population today believes that businesses have a responsibility to address the climate crisis and that 84% of consumers want to buy environmentally sustainable products.

Keeping in mind the three mega-shifts in the global scenario- climate change, disruptions caused by technological advancements, and higher value accretion for businesses that are focused on ESG and technology, it felt right for the Group to call for action once again with #TogetherWeRise and enable ‘Businesses for the Future’ to serve the ‘Consumers of the Future’ with the larger goal of making the world a better place for all.

Delving deep into the Group’s philosophy of building a more-equal world and be future-ready in its efforts to create value, BestMediaInfo.com also found out that the Group plans to be carbon-neutral by 2040 and is already in the water positive at group level.

On the inclusion front, Mahindra Logistics had also ingrained a more-inclusive policy to hire more women, members of the LGBTQIA community, veterans and persons with disability (PwD). In fact, Mahindra is one of the few companies that have made efforts to make the content posted on social media handles more inclusive by carrying image descriptions and closed captions to make them more accessible to PwD.

In a first, Mahindra & Mahindra (M&M), the automotive company of the Group, had also launched an all-women dealership and service workshop in the country and made their stride towards women's upliftment.

With the Group focussing on various issues that drive consumer preferences in the modern world, Mahindra has not shied away from taking leaps on the technological front and has leveraged emerging technologies to create new business models and transform customer experiences across the Group’s diverse set of companies

Amidst the rising consumer sentiments of online safety and looming privacy concerns, Mahindra Group has been focussing on having strong cyber security, data privacy, and agility for an improved customer and employee experience.

Tapping on the potential of the ‘Metaverse’ - which was the second Oxford Buzzword of 2022 - Tech Mahindra launched ‘TechMVerse’ to deliver interactive and immersive experiences to its customers in the form of DealerVerse (Metaverse-based car dealership), Middlemist (an NFT marketplace), MetaBank (a virtual bank) and a gaming centre.

Coming back to the Mahindra’s unwavering belief that whatever is good for the world is good for business, all the strides that the Group has been making to make the world a better place, their ‘Karma’ has indeed brought good results in terms of profitability and consumers’ trust quotient.

The Group’s other venture, Mahindra Finance, which is the only NBFC of its size to lend money to new-to-credit (NTC) borrowers, in a span of 25 years has facilitated and catered to over eight million customers, across four lakh villages and employs over 18,000 locals.