Sharma had earlier said that she would launch a futuristic project with a global footprint, that will transform the news experience and make India proud 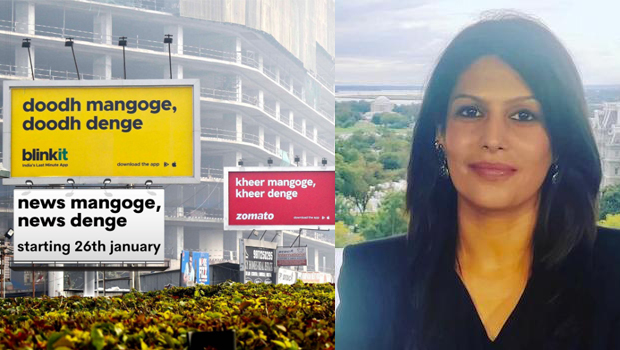 Palki Sharma, who joined Network18 group last year as Managing Editor, on Monday announced the launch of her new show via a post on Instagram.

According to Sharma’s post, the new show is slated to begin on January 26.

Sharma made the announcement by joining the Zomato-Blinkit billboard meme trend that has taken the internet by storm. In the caption, she wrote, "No drama, see you soon."

Sharma had earlier said that she would launch a futuristic project with a global footprint, that will transform the news experience and make India proud.

“It will be a content innovation lab that challenges traditional news formats and experiments with the latest technology and interactive tools to make news stories intelligent, interesting, and accessible for the global audience,” she had said.

The video project to be built and led by Sharma will straddle all formats of news reporting and presentation. The news product will aim to capture a new generation of audiences for the group, Network18 Group had said earlier.

With social media and digital marketing on the rise, recently various brands have opted for their personalised Bollywood renditions and associated their product offerings with iconic dialogues, movies, or even songs.

Jumping on the bandwagon, BlinkIt and Zomato both took to Instagram to post their ‘insta collab featuring a billboard collab’ and kickstarted a contest through their story, wherein they extended an invitation to other brands to pick up on the trend and use their creative geekiness to latch on to it.

While the image showcased the BlinkIt hoarding stating ‘Doodh Mangoge, Doodh Denge’, it was Zomato’s hoarding that mentioned ‘Kheer Mangoge, Kheer Denge’ which actually completed the iconic dialogue in a witty Zomato-BlinkIt way.