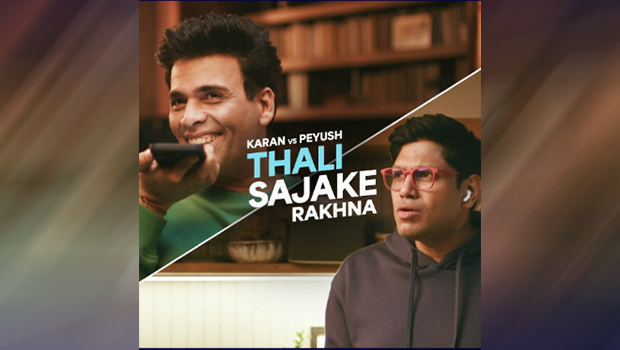 Lenskart has released its third TVC as part of its latest ad campaign featuring filmmaker Karan Johar and its CEO Peyush Bansal.

The campaign has been conceptualised by Tanmay Bhat and shows his signature brand of comedy. While the first two ads are focused on breaking the old-age misconception of “good style equals high price”, the third ad shines a spotlight on Lenskart’s trademark augmented reality (AR) feature.

Both Johar and Bansal have integrated their real-life persona with the screenplay. In the TVC, the people can see Johar ringing Peyush to ask if he could store his latest (and largest) Lenskart purchase at his house.

Having been introduced to Lenksart’s AR feature, Johar has gone overboard trying and buying eyewear, and the camera pans out to show the filmmaker’s apartment flooded with Lenskart glasses.