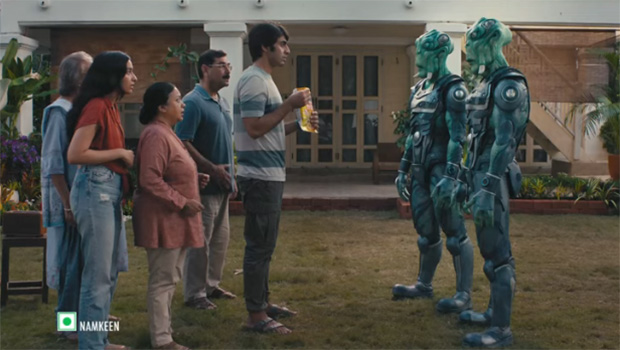 Following the first TVC film that captured the ‘masaaledar’ banter between a young protagonist and ghost, Kurkure has now unveiled its second TVC under the campaign.

The film opens with the family enjoying teatime in the front yard of their bungalow when there’s a sudden disturbance on the radio playing next to them. That’s when they look up to find a spaceship hovering over the lawn amid dark clouds with strong winds. Two larger-than life aliens appear with a plan to abduct the family, beckoning the protagonist to get on the ship right away.

While spooked at first, a bite of Kurkure Playz Pastax transforms the youngster’s fear into a take-it-easy ‘Halke Mein Lo’ attitude, leading him to make witty wisecracks diffusing an intimidating situation into a laughing riot.

Vikram Pandey (Spiky), National Creative Director – Leo Burnett, said, “This is the second film for the new Kurkure Playz campaign, and it continues the light-hearted quirky tonality set by the first film with our ‘Halke Mein Lo’ proposition. In this film we find the protagonist family facing an alien invasion, but they manage to put off their abduction by stalling the aliens. We hope that the audiences will enjoy this film as much as the first one.”

Neha Prasad, Associate Director and Brand Lead, Kurkure, said, “Aimed at the Gen Z audience, our campaign encourages the Indian youth to take it easy in the face of daily hiccups through a proposition that is refreshing yet colloquial – ‘Halke Mein Lo’. Our first film received an overwhelmingly positive response for its unique storytelling format. This propelled us to bring forth the second TVC that we hope will once again keep everyone entertained in true Kurkure style!”

Kurkure also collaborated with actor and social media sensation, Niti Taylor, for a ‘halka’ prank. The actress shared an image of a supposed alien sighting on her Instagram story, leaving fans curious about her encounter. But upon disclosing her collaboration with Kurkure Playz Pastax, fans were relieved that it was just a harmless prank. 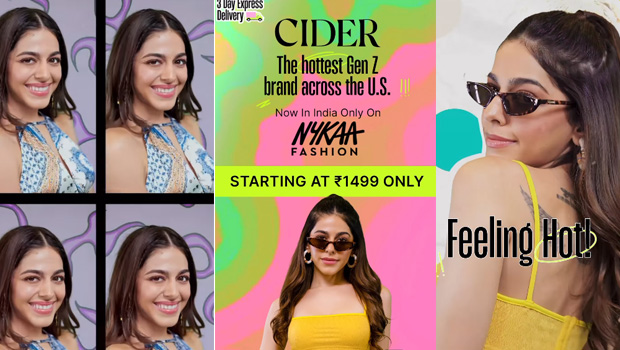