Conceptualised by L&K Saatchi & Saatchi, the campaign ad films play on the term ‘On Public Demand’ a phrase very closely associated with our republic nation 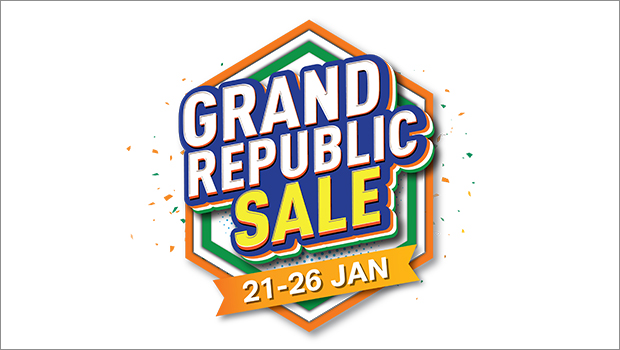 Reliance Retail’s JioMart has brought in its first sale of the year for the Republic Day festivities with #OnPublicDemand campaign.

As part of Grand Republic Day sale, JioMart has launched two TVCs under the #OnPublicDemand campaign. Conceptualised by L&K Saatchi & Saatchi, the ad films play on the term ‘On Public Demand’ a phrase very closely associated with our republic nation.

Starting from January 21 to 26, Grand Republic Sale #OnPublicDemand will have deals and offers for customers, on products ranging from fashion and lifestyle, consumer electronics, home and kitchen to groceries.

In our country, there’s always a debate about what the public wants. Through a parody, the TVCs connote that the one thing that remains constant for the Indian public is the demand for savings and great deals. Thereby, featuring the offers available across categories on JioMart.

The first TVCs opens to a concert where a rock star says he is ending his set with a song on ‘public demand’ but is soon interrupted and enlightened by a fan that it’s not a song that the public demands in life but instead some great deals and savings on shopping.

The second TVC shows an activist student leader appealing to and stirring the students to go against the institution and continue with the morcha as it is the public’s demand, just then a fellow student corrects him that it’s not the morcha that the public desires but some deals and savings like what’s on offer on JioMart.

Apart from the two TVCs, JioMart has planned for a 360-degree marketing campaign including all major mediums like TV, print, digital, social media, and impact properties. The Grand Republic Sale brings the best of the offers and discounts of up to 80% off across categories and some lucrative bank tie-ups.