Actor Yash says 'I love you, Pepsi!’ as he becomes its new brand ambassador 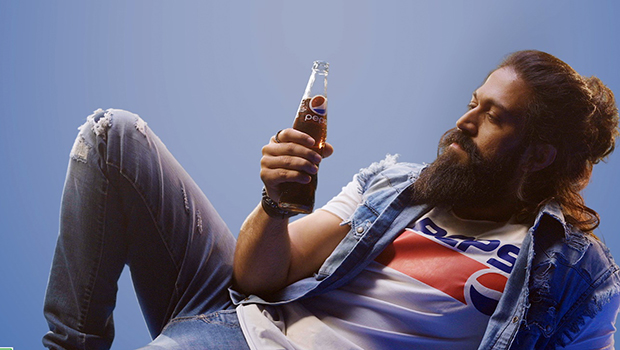 Beverage brand Pepsi has announced that the roping in of actor Yash as its brand ambassador.

The partnership between Pepsi and Yash is likely to become a huge topic of conversation amongst the youth of India.

The collaboration was ushered in by the actor as he posted a video of him taking a swig from a chilled Pepsi bottle confirming his love for the brand with his family of over 12 million followers on Instagram as he says, 'I love you, Pepsi!’

Fans and consumers will soon be able to see Yash feature in Pepsi’s new TVC campaigns in a new avatar that is set to appear in traditional and digital platforms across the country.

Saumya Rathor, Category Lead, Pepsi Cola, PepsiCo India, said, “We are thrilled to join hands with Rocking Star Yash, a name that truly defines the spirit of fearlessness and living life on your own terms – something that Pepsi consumers resonate strongly with. Yash brings a strong connect and influence over the youth that cuts across geographies. Yash will be instrumental in deepening consumer connect as we look to expand the brand’s footprint. We are excited for Pepsi’s journey in 2023 as we gear up to showcase the actor in an all-new avatar which is bound to leave fans pumped!”

Yash said, “I am exhilarated to engage with Pepsi and join them as the face of the brand. I believe in living life to the fullest, make most of each moment, and follow my passion unabashedly, which is synonymous with Pepsi’s philosophy. A collaboration as exciting as this is a great way to start the new year, and I can't wait for my fans to see me in an all-new avatar.”