Will experiential marketing eat into digital spending as economy opens up? 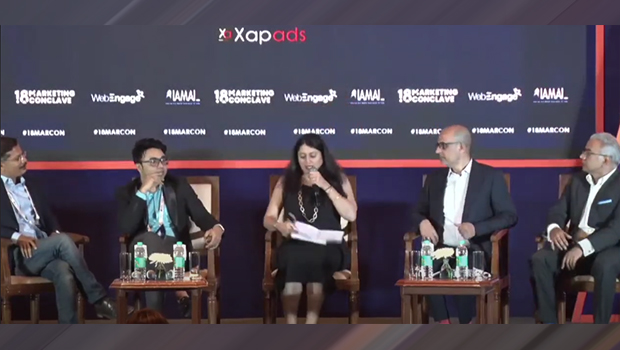 The Covid-19-induced lockdown led to a digital revolution around the world. The overall advertising spends on digital as a result also grew dramatically. However, as the world has opened up, we could see experiential getting back on its feet and eating into digital’s share.

Arguments in favour of experiential marketing

According to Sait, experiential has made an impressive comeback post-Covid. He said that marketers have realised that people are seeking human connections more than ever before. “Malls, movies, stadiums, and anything to do with experiential are filling up to the brim. To capitalise on this, marketers are putting experiences at the centre of their marketing mix.”

He further gave an example of the brand Redbull and said its brand image is built solely on experiential marketing.

“You hardly see any advertising from Redbull as they are a pure experiential brand. They do stunts, have F1 sponsorships and invest in anything to do with adventure. As a result, customers become fans and fans become ambassadors. Today, Redbull is an $8 billion brand. This is the power of experiential marketing,” he said.

Speaking about how the spending has evolved, Sait quoted a report by Gartner and said, “Until the beginning of this year, digital budgets used to contribute 70% of the marketing mix. In 2022, it has gone down to 56% and the trend is that it will further go down.”

Supporting Sait, Saxena spoke about the importance of forming an emotional connection with consumers. He said, “The question is not whether digital is relevant or not, it is definitely here to stay. The question is about your EQ (emotional quotient) when you are communicating with your target audience.”

“The biggest example is the FIFA World Cup, how many people have you seen have tears of joy or anger while watching a match? The younger generation is just so happy to see their stars performing at a concert.”

According to Saxena, it is very important for brands to build an emotional connection with consumers. “The key is to keep on doing activations that connect with the audience’s EQ. From the category that I come from; this is key for us to make sales. Fans might forgive but customers will complain. If you have a connection with your consumer base, you will have referrals at a high level and you will be making sales at zero costs,” he added.

Arguments in support of digital marketing

As per Ahmed, the sentence that experiential will take spends from digital saw its death the day people’s basic necessities changed to food, shelter, clothes and mobile. He said today digital has become the way of life.

“Let’s see how digital has penetrated into sectors where IRL was the only way of life. OTT has a 20% CAGR and 2-3 hours of daily spending online have resulted in doomsday for multiplexes. E-commerce saw a whopping growth of 256% growth in 2022, India today is the third-largest market across the globe when it comes to E-commerce after US and China. When was the last time you actually physically went to a bank to deposit money? That is the power of digital,” argued Ahmed.

“All this is actually resulting in digital media spends increasing. Ten years ago, digital used to contribute 5% of the whole advertising industry’s money. Today it has a 38% share in the advertising money. If digital is not the mainstream, it is definitely one of the mainstream mediums and we will take over soon with CTV,” he added.

As per Das, there is no other place than digital where advertisers are increasingly spending their money. “According to a FICCI report, in 2020-21, the media and entertainment industry as a whole grew by 16%. Meanwhile, digital marketing spends grew by 29%. Where is the money going if not digital?” he questioned.

After the end of the arguments by the experts, the audience in attendance was given a chance to vote and choose the winner, and they elected the panel speaking in favour of experiential marketing as the winner.