The Bhaijaan of Bollywood turns 57: A look at Salman Khan's brand endorsement journey

As Khan turns 57, here’s a recap some of his famous brand endorsements and TV commercials 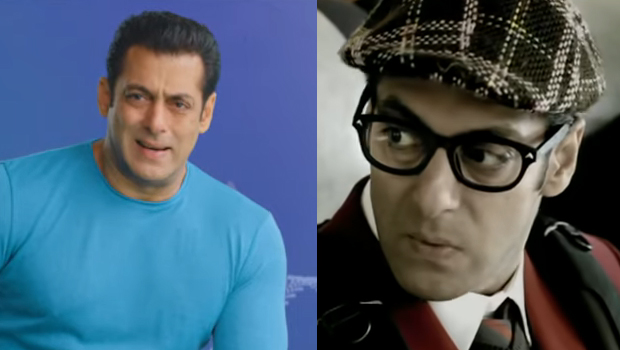 Bollywood actor Salman Khan, who turned 57 on Tuesday, has been in the film industry for over three decades now. Apart from his journey as a 'superstar', he has also been known for endorsing a wide range of brands and companies.

From advertising for innerwear to footwear, smartphone, soft drinks and a variety of other products for various brands, Khan has been endorsing brands since his late teens.

According to the Duff & Phelp's Digital Acceleration 2.0 - ‘Celebrity Brand Valuation’ report 2021, Khan ranked seventh on the list of the top 20 Indian celebrities. According to the report, his brand value stood at $51.6 million.

Let's dive into Khan's celebrity brand endorsements and the TV commercials journey he has built so far.

Khan, in his late teens, appeared in the homegrown soft drink brand Campa Cola's advertisement in 1983. It is widely believed that Campa Cola gave Khan his first break into TV ads.

During his first few years as a brand ambassador, Khan also appeared for other brands such as Limca, Honda Bikes, Double Bull shirts, etc.

Later, Coca-Cola signed Khan as the brand ambassador for its 'Thums Up' brand, and they had a nearly four-year-long association.

Khan also advertised for mint candy Chlormint. The ad series showed Khan's hilarious side as it always showed him getting into funny situations. Khan was also seen with his brother Sohail in one  ad for the brand.

The 'Dabangg' actor has also endorsed innerwear brands like Dixy Scott and Lux Venus. He has had long-term associations with these brands.

A few years ago, the Bollywood actor appeared in an endorsement for the Bharat Pe online payment app.

Khan's most recent ad was for Pepsi. Pepsico India launched its new film which is aimed at elevating its philosophy of 'More Fizz, More Refreshing', featuring brand ambassador Khan.

The new film reiterates that Pepsi is the voice and choice of the swag generation. The new Pepsi TVC will be amplified via a 360-degree campaign.

The campaign encourages youngsters to try out Pepsi, which is now providing consumers with an elevated experience that has more fizz.

The most popular and impactful endorsement of Khan has been for his own clothing brand – ‘Being Human’. Notably, he has been involved in many charitable causes through the brand, which also serves as a foundation.

Apart from these, Khan has also appeared in endorsements for Yatra.com, Red Tape Shoes, Relaxo Hawaii. Other brands include Tiger biscuits, Emami Navratan and Mountain Dew.