Last week, Elon Musk announced that Twitter is rolling out the ‘view count’ metric - which is aimed at helping people see how many times a tweet has been seen.

Experts believe that while this development will help brands with more clarity on the kind of content that works on the platform and how their competitors are doing, overall it leaves less room for error for advertisers.

Earlier, this feature was only available for the person who had put out the tweet by accessing Twitter Analytics. Now, Twitter users can see the view count on the bottom left corner, alongside comments, retweets, likes and share options.

"The inventory hold will be increased for Twitter as a platform, more advertisers will prefer Twitter,” he said.

Similarly, Mitesh Kothari, Co-founder and CCO, White Rivers Media, believes that the number of impressions can give a clearer view of the amount of visibility of the content. He said, "The new view count feature by Twitter can be favourable for advertisers who can now show the actual reach of their content to the whole world.”

He added, “The engagement on content - in terms of likes, comments or retweets - sometimes does not go as high as we would like, but the number of impressions can give a clearer view of the amount of visibility of the content."

Furthermore, Kothari said that like any new feature on any platform, the people will get to know more over time once it actually comes into play.

Priyanka Thakkar, Senior Creative Strategist, Django Digital, said that "In their FAQs section Twitter has mentioned that a view is not a unique number, which in advertising terms means an impression and not individual reach. So, it basically allows all the users to take a peek at a part of their backend analytics - which has its pros and cons in terms of brand perception."

If the sponsored tweet is received well by the targeted audience due to its relevance and engaging content, it will reflect positively on the brand/advertiser. However, there is a possibility that the audience may perceive the brand/advertiser negatively in case a sponsored tweet failed to generate enough interest to show a healthy ratio between views and engagement, Thakkar added.

She went on to add, "So, the advertisers will have to be even more strategic and thoughtful about the quality of their sponsored advertisements. Overall it leaves less room for error for advertisers."

As per Minal Rajak, Celebrity Strategist at Schbang, the new feature is just an additional metric which will help advertisers to understand how many times a specific tweet was viewed and this will highly impact when A/B testing is carried out.

As per Keerthi R Kumar, Business Head - South, FoxyMoron - the digital agency of the Zoo Media network, for advertisers the view count feature gives a more complete picture of how many people their content is reaching out to and how many of them are interacting with it.

"While this is already part of analytics and multiple tools can show these numbers, perhaps realising that you are actually reaching a lot more people than the like and retweet stats imply would help one update and improve their tweeting/content strategy to increase engagement and response," Kumar stated.

Upon being asked if this feature will help advertisers to accurately understand the potential reach and engagement of the content on Twitter and whether it will encourage more people to participate on the platform, LS Digital's Vasudeo said that it will definitely help the advertisers to understand the audience better as they know what kind of advertisements have more engagement.

"It will also help advertisers create a niche ad. People will also understand what is trending in the market which will definitely influence product choices," Vasudeo added.

Rashid Ahmed, Infectious Advertising's Head of Digital, also resonated with Vasudeo's point of view and said, "Twitter’s view count feature will help advertisers plan better on several fronts, besides identifying the best influencers for their brands. This could include the kinds of content that get the best reach and the ideal formats to use. Users too might be enthused to jump onto the platform or revitalise their usage, likely driven by the view count of their peers." 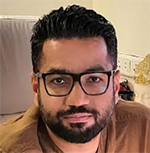 According to Sahil Chopra, Founder and CEO, iCubesWire, it is too soon to comment on how the new feature will impact the advertising industry. “We are yet to see how the feature is implemented and how users and advertisers will leverage it,” Chopra said. 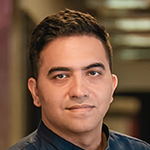 Striking a similar tone, Dev Batra, Founder and CEO at Lyxel & Flamingo, said, “It’s a little too early to comment on the impact of the feature on advertisers because a lot will evolve with time as marketers and advertisers take time to process this new feature.

“All advertisers love data and transparency, so ideally getting to know how many views their tweets are getting is a step in the right direction - Meta has been sharing this data forever. While it was always possible to check views on videos uploaded on Twitter, it would be definitely helpful for marketers to be able to analyse the exposure of image and text posts too,” Batra added.

After the turbulent takeover of Twitter by Tesla CEO, Elon Musk, the micro-blogging platform is undergoing a slew of changes. Along with all the ruckus around blue ticks, there are also some safety concerns which are allegedly worrying brands. As a preventive measure, several brands and agencies had taken a break from advertising on the platform.

Batra stated, “Today the top concern for advertisers on Twitter has much less to do with data and much more to do with the unnecessary sounds Twitter is making as a platform - it seems more divisive, autocratic and hence more ‘brand unsafe’ than it ever was. It is also evident how many brands and high-profile celebrities started abandoning Twitter since the Musk takeover.”

As per Schbang's Rajak, the main problem with Twitter is that there isn't any solid metric to measure a specific performance.

"However, to prove engagement we mainly depend on the context viewed and then the likes and interaction. Therefore, it will be helpful," Rajak added.

Meanwhile, Django Digital's Thakkar said that it can help advertisers better understand the impact of their competitors’ ads and engagement and align their strategies accordingly.

However, their own potential reach has been clear to the advertisers since they have had access to the backend, Thakkar added.

"Don't think the views feature will entice participation from more users based on the current sentiment on Twitter since the feature was officially rolled out," she stated.

FoxyMoron's Kumar opined that while the new view count feature on Twitter could push people to be more active, there is also room for a lot of confusion in terms of what metric to judge results by now.

"While tracking likes, faves and other forms of "engagement" create a sneaky trickle of "engagement" that causes us all to open apps when we should know better, measuring article and video views keep the wheels of internet advertising turning," Kumar stated.

Citing an example, Chopra said, "Advertisers on Twitter will get a sense of how many people have seen their tweet and how well it is doing by monitoring the view count of their tweets. With the addition of such an important feature, Twitter might welcome new brands and users on the platform."

Following this, Twitter announced the launch of new performance advertising solutions for brands.