Will be back soon with a ‘better’ show, says Network18’s Palki Sharma

In a podcast with ANI’s Smita Prakash, Sharma said that she did not enjoy everything that she was doing at WION, and didn’t like the direction they were taking 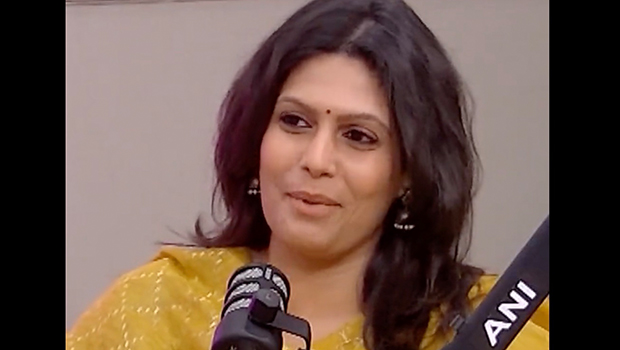 News and current affairs anchor Palki Sharma, who recently joined Network18 Group as Managing Editor for an upcoming project, is likely to be back with her show soon.

In conversation with ANI’s Managing Editor Smita Prakash on her podcast, Sharma said that she will be back and, hopefully, with a ‘better’ show.

In an episode teaser released by ANI, Sharma can also be heard recalling the reason why she left her previous channel WION, “… left because I thought that whatever I wanted to do there, I had done there…”

In the video excerpt released, Sharma said that she did not enjoy everything that she was doing there, and didn’t like the direction they were taking.

Acknowledging the curiosity of the fans and them wanting to know about her return, Sharma said, “A lot of people write to me and every time I put a photo on Instagram, people are like, yeh toh theek hai par show kab ayega? Which is nice, but I want to tell you and everyone else that…I will be back and it will be a better show hopefully…and I want to do the show when I am ready, when I know it is going to work.”

Sharma, who joined Network18 from WION News channel, has over 21 years of experience across several media, including the ITV Network, Network18, Doordarshan News and The Hindustan Times.

She was the host of Gravitas, a popular prime-time English news programme, as well as the highly regarded digital programme Gravitas Plus on WION. Additionally, she conceptualised and oversaw the WION Global Summit, a channel event held annually in Dubai.

In her career spanning over two decades, Sharma has interviewed several national and international heads of state. She has also covered important stories and events on the ground, including the ongoing conflict in Ukraine, the Quad Summits in Tokyo and Washington DC, and many others.

At Network18, Sharma will launch a new multi-platform video project for the group. This will be her second innings at Network18, where she has earlier worked in different capacities.

The video project to be built and lead by Sharma will straddle all formats of news reporting and presentation. The news product will aim to capture a new generation of audiences for the group.