Since Elon Musk, the Tesla CEO, took over Twitter it is reportedly going to undergo certain changes, including new safety guidelines which brands should be wary of, as per agencies. Thus, BestMediaInfo.com tried to ascertain if brands should halt or continue advertising on Twitter 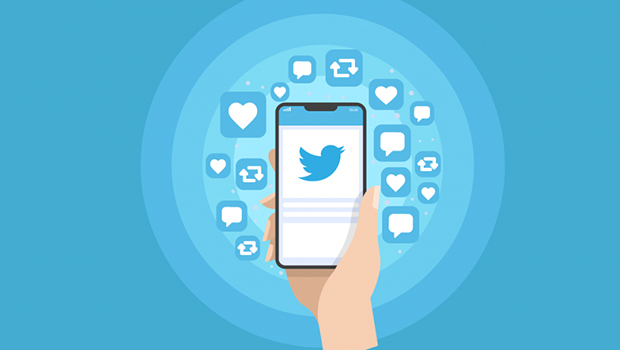 After the turbulent takeover of Twitter by Tesla CEO, Elon Musk, the micro-blogging platform is reportedly undergoing a slew of changes. For starters, the verification badge - earlier offered by the platform for free for genuine accounts - is now going to cost $8 per month per user.

Apart from it, there are also some safety concerns which are allegedly worrying brands.

As a preventive measure, agencies like Havas Media and IPG Mediabrands have suggested brands to be wary of Twitter as of now and pause advertising on the platform.

This triggered Musk to issue a threat to advertisers.

“A thermonuclear name & shame (of advertisers) is exactly what will happen if this continues,” Musk wrote on Saturday replying to a Twitter user

According to Shradha Agarwal, Co-founder and CEO, Grapes, the slew of changes announced by Twitter have stirred unrest among advertisers. “Many big companies and brands have halted their ad spending on Twitter for the fear of their ads being placed alongside hate speech or misinformation.”

“At present, the brands are unable to comprehend the subscription model for blue tick and how Musk’s resolve to promote free speech will affect the advertisement ecosystem. Where on the one hand, Musk claims the new changes be directed towards making ‘Twitter the most respected advertising platform in the world,’ it is very early to comment on the new discoveries,” she added.

Furthermore, Agarwal also emphasised that the changes might turn out to be beneficial for the advertising ecosystem in the future, but at present, what is best is to wait and observe the situation to understand the new changes and mould the approach accordingly.

As per Mihir Palan, VP-Media, Kinnect, “Currently, Twitter takes up a small pie of the digital media mix; considering the slew of changes, most brands are playing a wait-and-watch game and are refraining from rolling out any new campaigns on the platform. Having said that, the BAU performance-oriented campaigns are being continued with no changes as of now.”

Moreover, he also emphasised that Twitter's limited user base, as against other social media giants, always makes reach numbers a concern for brands planning to run ads on Twitter. “It indeed does play an essential role for brands in categories like entertainment, sports and politics. However, for most brands, it hardly takes up only 2-5% of their ad spending,” he added.

Siddharth Devnani, Co-founder and Director of SoCheers, also asserted that the half-as-many-ads feature for the verified users might cause some drop in ad impressions, but the impact will still be quite contained, as only a small part of the audience will end up opting for this subscription.

Citing an example, Devnani said, “We can compare it with YouTube Premium; the percentage of users subscribing to it is too small to impact the media planning decisions.” 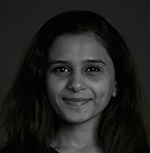 Akansha Vora, Media Lead, Schbang, also stated, “Brands have become sceptical about spending money on the platform, however the ones that are continuing with the ads have not seen any impact so far, at least in the Indian market.”

“While verified users may have additional features to enjoy but the exclusivity that lies with the verified account may not be same, as whoever can afford will jump onto it leaving behind the impact that a brand used to own with Twitter,” she added.

Commenting on how brands have leveraged Twitter for ads, Vora said that it varies from brand to brand. “For some brands Twitter has worked in terms of starting a conversation while for others it has just been a medium for reach,” she said.

“Twitter as a platform has a way of engaging with the users and a specific content that not all brands can commit upon, hence the amount of budget allocated towards Twitter compared to other platforms is assumed at a lower end which can range from approximately 10% to 25%,” added Vora.

Speaking from an advertising point of view, Grapes’ Agarwal also highlighted that Twitter is not the primary choice of advertisers.

“Well, brands advertise on the platform but they mostly resort to Google, Meta, and other platforms for a larger user base. Additionally, the data-driven targeting of other platforms is much stronger than Twitter which gives better ROI to the advertisers,” she stated.

Interestingly, Kinnect’s Palan also threw light on the fact that there is way too much chatter happening on and around Twitter, thus if a brand wants to make a bold move, he would ideally suggest them to not go low key on Twitter Ads as of now.

Explaining the rationale behind his advice, Palan said, “This is mainly because of two reasons- First of all, the competition is low on the platform as way too many brands are going low key, this makes the ad serving affordable; secondly, because the engagements rate will be higher than usual due to increased chatter.”

Sharing a similar point of view, Schbang’s Vora also said, “With many changes happening onto the platform, I think brands can leverage the intent and focus on the reach it would get with the advertising from the platform as many of us would be on the platform wanting to know what is going to happen next.”

When asked as to what are some of the challenges that brands face with Twitter Ads, Kinnect’s Palan stated that one of the biggest challenges for Twitter is its limited user base, as against other social media platforms.

“However, there is undoubtedly a certain niche audience that the platform offers and that always helps when you are planning a campaign to drive engagements or interactions with a certain set of cohorts unique to Twitter,” he added.

Also, some of the biggest concerns brands face on Twitter is the type of content that the platform allows to be shared by its users and this is where brand safety becomes a big question as per Palan.

“Another concern that worries brands is the presence of bots on the platform, which may lead to reporting inflated numbers in case of any campaign,” he added.

SoCheers’ Devnani also emphasised that the biggest challenge involved in advertising on Twitter is the lack of clarity on how many ‘real’ people can one reach with Twitter ads.

“It’s because the platform doesn’t have strong bifurcations among bots, real users or even duplicate users. Therefore it gets difficult to assess the real impact of any promoted content. Moreover, Twitter is primarily a conversational platform, hence the user conversations seems to be higher than an actual addressable audience,” he stated.

Furthermore, Grapes’ Agarwal also drew focus on the fact that with Twitter announcing to charge $8 for a blue tick, it is very likely that the platform might lose its authentic audience to those coming with better buying capacity. “This brings to the forefront serious concerns about the relevancy of the platform as a whole,” she said.

“Considering that anyone will be able to purchase the blue tick, the advertisers are fearing being attacked with unrestrained criticism that might hurt the reputation of the brand. What is expected from the platform is to support the new changes with structural frameworks to back up the new regulations and protect them from any pertinent loopholes,” stated Agarwal.