We’ve been building our gameplay to make the most out of naming rights deal for NDLS platforms, says BL Agro’s Richa Khandelwal

Speaking to BestMediaInfo.com, Richa Khandelwal, Director- Marketing, BL Agro, revealed that the brand had been prepping for the naming rights deal for quite some time 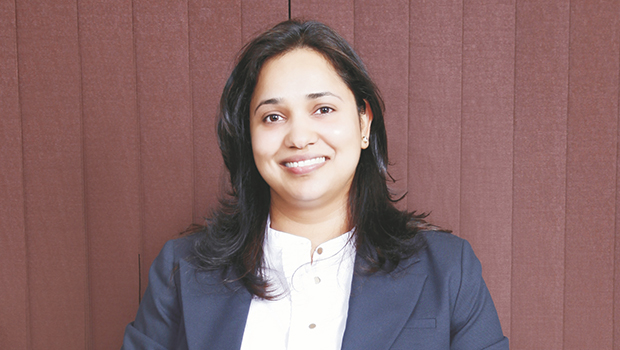 The larger brand plan behind BL Agro acquiring the naming rights for New Delhi Railway Station’s Platform 14, 15 and 16 is to target men, women and even children, as per the company’s Director - Marketing, Richa Khandelwal.

Khandelwal said, “We were aware of the fact that the Indian Railways was giving naming rights for railway platforms, starting with the New Delhi Railway Station. This was a great opportunity for us as a brand.”

“When we were given a choice to choose which platforms to take up and because we have markets in UP and Bihar, rather the bulk of our target audience resides in these areas. So, we thought it would be prudent for us to opt for platform numbers 14, 15 and 16 for the naming rights - as on average, each of these platforms handles 13 to 23 trains per day, and the number of passengers that the entire station gets is over two lakhs,” she added.

It is also to be noted that apart from being the Director of Marketing at her family business- BL Agro, Khandelwal also serving as the Managing Director, Leads Brand Connect and Director, Leads Connect Services - which is the marketing mind behind the FMCG brand and amongst its other clients.

As part of the new branding exercise, the FMCG brand has named New Delhi Railway Station’s Platforms 14 and 15- ‘Nourish Platform 14 and 15’, and Platform 16 as ‘Bail Kolhu Platform No. 16’. According to the agreement with the stakeholders, the tenure of the naming rights with BL Agro is for one year initially, starting this October.

According to the naming rights agreement, the scope for the FMCG brand extends from naming the platform area to allowing for panels, billboards, vinyl wrapping, and more, sporting Bail Kolhu’s endorsers Manoj Bajpayee, Pankaj Tripathi, and Nawazuddin Siddiqui, along with Nourish’s brand ambassador Shilpa Shetty in the respective platforms. 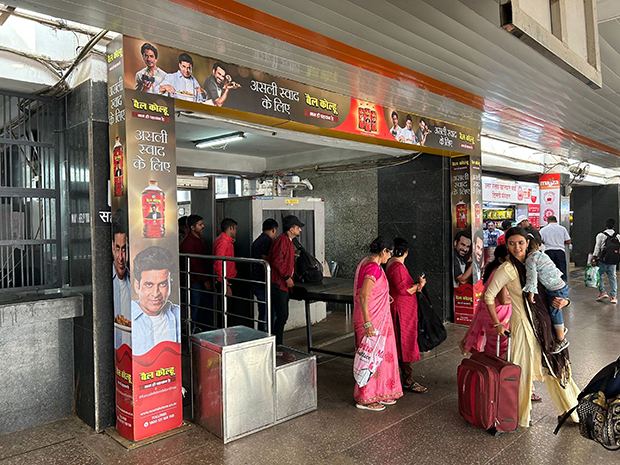 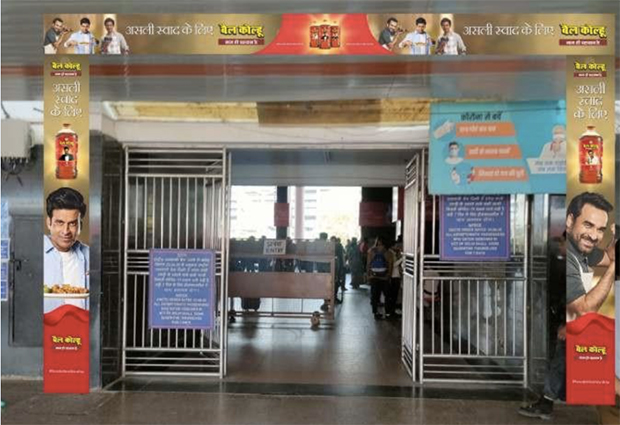 Commenting on the latest development, Khandelwal said, “Given a choice, we'd want to extend this for another three-five years because having put in so much effort to actually create that effect, we’d like a long run.”

“Since the contractor has the rights for three years and we have the rights for a year along with the right to refusal, thus if there are no policy changes, we're going to definitely opt for it,” she added.

Furthermore, Khandelwal also asserted that the concerned authorities are planning to go ahead and carry out the naming rights exercise of Indian Railways in the rest of the country as well.

“It has currently started in bits and pieces at several places and we are currently looking at Bareilly, Gorakhpur, Lucknow, etc as all these options are coming in but they are happening at the local level. But if it begins happening at a tender level, it would be more suitable for the Railways if privatisation of all the platforms across the country happens,” she added.

Commenting on the new naming rights associated with the Railways,  Khandelwal stated, “Beautification, cleanliness and maintenance of our own assets are some of the major objectives that the Railways expect us to keep as part of the contract,” she said.

While commenting on how has the ad spends of BL Agro grown with the company’s increasing revenue, Khandelwal said, “We had almost next to negligible ad spends till 2020, we used to have a very small budget in 2019. That being said, we decided to take it forward because of our new brand ‘Nourish’ launch, otherwise, Bail Kolhu had been doing pretty well where it was, even without advertising owing to the word-of-mouth publicity.”

Khandelwal also asserted that the brand initially started advertising for Nourish and only found it wise to do something for Bail Kolhu also, and that really played in favour of BL Agro as the ad budgets and marketing spends of Bail Kolhu has reflected doing quite well for Nourish at the same time.

“We have been actively spending on advertising and marketing for only two years now, since 2021. TV and Digital have been working the best as of now and thus we continue to allocate our spends largely on to the respective mediums so far,” she added.

As part of the 360-degree brand communication on TV, Print and Digital mediums, BL Agro launched a TVC featuring all of its three brand ambassadors- Nawazuddin Siddiqui, Pankaj Tripathi and Manoj Vajpayee in May 2021.

Furthermore, Khandelwal also threw light on the fact that the second leg of the same campaign is being run on TV currently with a different geography and with an increased focus on Bihar, Jharkhand and UP.

“We have plans of continuing with all three of them in the next year also,” she added.

In Khandelwal’s opinion, BL Agro had killed the stereotype of showcasing the patriarchal culture of women cooking food for the entire family through their ‘Rasode Mein Mard Hai’ campaign.

“The stereotypes need to be broken and until I’m the one on the marketing and advertising side of the brand, you will never see us associating ourselves with that typical native mindset where women are seen cooking in the kitchen while the rest of the family enjoys their meal on the dining table,” Khandelwal stated.

The FMCG brand also rolled out ‘Rasode Mein Mard Hai’ ad campaign this year on the occasion of Women’s day.

A month back, the FMCG company launched the #ComicPadhnaCoolHai campaign with the aim to revive the lost love for comics among children and inculcating the habit of getting back to reading physical books.

Revealing that the comic book launch was also a part of their bigger plan for the association with Railways, Khandelwal said that railway platforms were definitely one of the places that the brand wanted to disseminate the comic wherein the brand had gone to the extent of creating a comic icon out of the brand itself and thus illustrated Bail Kolhu’s Superhero as the oil man. 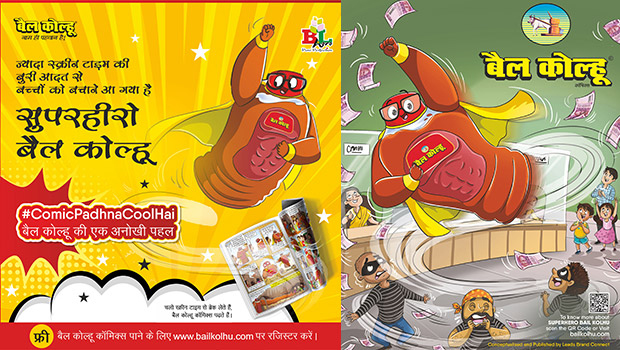 “Because we know that there are children and parents who come in and they don’t have much to do when they are waiting at the platform, so it's a good audience and of course, those platforms are the right platforms for us as all the right audiences go from there and in this way we can also reach their houses,” she said.

“We plan to take it to the Comic Strips Column of the print medium and want to print it there,” she added.

Khandelwal also iterated that BL Agro extensively opts for advertising on Digital, OTT, TV and Radio, along with Podcasts, as part of their 360-degree campaigns.

Furthermore, Khandelwal also emphasised that she is a very spontaneous person and sometimes acts on her gut feeling which helps the brand gain a lot of traction and said, “I may not have a reason for everything, sometimes it's just a gut feeling that tells you that something is good and you should go about doing it and most of the times, people are responding on the gut.”

“What works best for a marketer is the gut feeling and if one really goes into making calculations, there is a fair chance of not landing correctly, but if one goes by their gut, 80% of the time, it works,” she added.

When asked as to what categories or age groups comprise the target audience of Bail Kolhu and Nourish, Khandelwal said, “If you look at our segment for ‘Nourish’ specifically, the decision-makers are both male and female, equally. Now if we take into consideration the third category which is kids - who comprise nearly 40% of the FMCG pie - they also have a positive influence on their parents in the decision-making process.”

“As a result, we don’t limit ourselves in terms of communicating with anyone and thus target all men, women and children through our marketing mix because those 40% kids are eventually going to become my customers, maybe five or ten years down the line. If I get to really make them register my brand today, there's a higher possibility of recall later,” she added.