Conceptualised and developed by Chimp&Z Inc, the campaign #InnConnectionsKeNaam portrays the magic of unsaid bonds that forms between two young boys who are strangers at first but slowly come together over their mutual love for TV 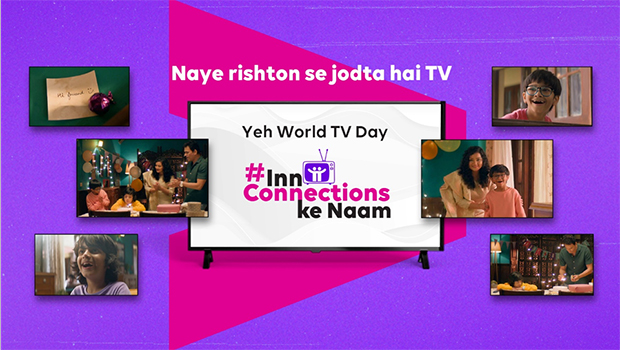 Tata Play has dropped a new digital campaign on the occasion of World TV Day. Conceptualised and developed by Chimp&Z Inc, the campaign #InnConnectionsKeNaam portrays the magic of unsaid bonds that forms between two young boys who are strangers at first but slowly come together over their mutual love for TV. Sans any dialogue, the video captures the essence of a budding friendship only with the help of an earthy song and a relatable setting.

Anurag Kumar, Chief Communications Officer, Tata Play, said, “We believe television as a medium has the power to unite people. A show or content of common interest can bring two individuals or groups together to celebrate a shared emotion. Our campaign for World Television Day captures this essence beautifully through the lens of two kids who are strangers to each other. The response to the campaign has been very heartwarming. We are delighted that it struck a chord with the netizens.”

Angad Singh Manchanda, CEO and Co-founder, Chimp&z Inc, said, "Over recent years, media time has become more individualized than ever, resulting in less quality time being spent watching TV with family and friends. To mark this World TV Day, we conceptualized #InnConnectionsKeNaam DVC for Tata Play to exemplify the warmth and connection that TV time can build. The endearing storyline of this campaign depicts how TV can foster lifelong bonds among individuals. Its soothing background music helps encompass the emotion of connecting with a stranger. The extraordinary audience involvement of the campaign attests to its success."

The campaign was released across Tata Play’s social media handles on November 21 and has so far received more than 9.8 million engagements. The campaign also saw participation and engagement from some of the popular brands like Titan, Croma, BigBasket, PhonePe etc.