The show will air every Monday to Saturday at 8.30 pm 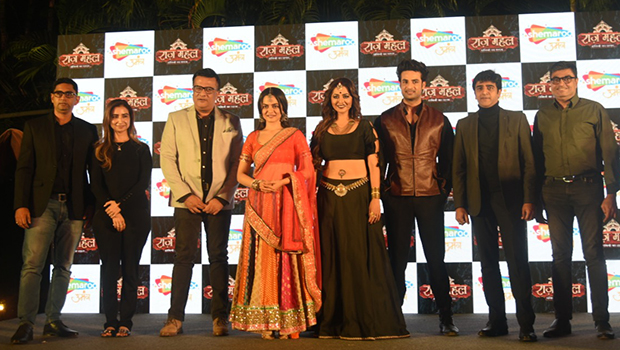 Shemaroo Umang is all set to venture into the fantasy drama space with their new prime-time show Raazz Mahal. The show will air every Monday to Saturday at 8.30 pm. Audiences can also watch the show on the OTT platform, ShemarooMe.

Shemaroo Umang said that the periodic fantasy drama will be accomplished with some breathtaking VFX, larger than life set design.

The show will feature actors like Ridhiema Tiwari, Himanshu Soni, and Neha Harsora in lead roles. The show has ably been supported by an ensemble of artists like Preeti Puri, Himani Sharma, Ashish Drall and Arina Dey.

The fantasy drama revolves around Chandralekha (Ridhiema) who is an evil character and in the quest to become immortal, engages in activities which are dark and wicked. She is pitted against Sunaina (Neha), who is a pure and kind-hearted soul and eventually gets married to Adhiraj (Himanshu), the royal prince. He is an obedient and loveable person, who respects everyone but is also extremely close to Dakini.

Sandeep Gupta, COO, Broadcasting Business, Shemaroo, said, “At Shemaroo Umang, we aim to offer diverse content to entertain our viewers. Raazz Mahal is our first step into the fantasy-drama genre, and we hope that with the sheer dedication and efforts of the team, we live up to the expectations of the viewers and keep entertaining them on prime time.”

Shemaroo Umang has roped in Rashmi Sharma Telefilms, the production company, which has earlier produced “Kismat Ki Lakiro Se for the channel.

Launched in April this year, Shemaroo Umang is the recent addition to Shemaroo’s existing portfolio of FTA channels, Shemaroo TV and Shemaroo MarathiBana.