The film draws energy and excitement from the actor’s love for the NBA and celebrates the return of the basketball action in the world live on Sports18 – 1 SD and HD, MTV SD and HD, and JioCinema 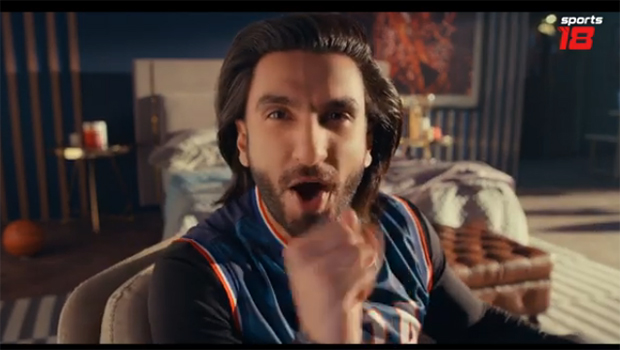 Streaming now across all Viacom18 Sports’ digital and social media platforms, the film draws energy and excitement from the actor’s love for the NBA and celebrates the return of the basketball action in the world live on Sports18 – 1 SD and HD, MTV SD and HD, and JioCinema.

The film opens with Singh blissfully calling it a night with a rooster in tow. As the sun rays hit Singh’s face, the rooster cackles aloud, alarms go off, and the super fan in Singh swiftly slips into his baller threads and sneakers to catch the high-octane NBA action, signalling ‘Morning Time Is Baller Time.’

“As an avid basketball fan and the NBA Brand Ambassador for India, it’s a pleasure to be a part of the new campaign for the 2022-23 NBA season,” said Singh. “With the season having tipped off in high gear, the film ‘Morning Time Is Baller Time’ aptly brings to life the excitement and energy surrounding the NBA.”

“Morning Time Is Baller Time reinforces our proposition that mornings are best enjoyed watching the incredible action from the NBA on Sports 18 – 1 and JioCinema, and who better than the effervescent resident NBA fan Ranveer Singh to reiterate this and celebrate the start of what promises to be a yet another exciting season,” said Viacom18 Sports Head of Content Siddharth Sharma. “We are focused on expanding and elevating our NBA offerings this season and taking it to a broader audience.”

“Viacom18 Sports provides NBA fans in India with unparalleled access to follow and watch their favourite teams and players in Hindi and English,” said Sunny Malik, Business Head – Global Content and Media Distribution, NBA India. “We look forward to continuing our collaboration as we engage both new and existing fans throughout the country and bring them closer to the game by offering a wide range of NBA programming to sports, lifestyle and youth audiences.”

In its endeavour to engage viewers through the season, Viacom18 Sports’ NBA offerings include a mix of live and non-live programming across all their platforms, including more games after 7 am.

Coverage features weekly live games and the league’s marquee events, including NBA All-Star, the NBA Play-In Tournament, the NBA Playoffs and the NBA Finals. The 2022-23 season tipped off on Sports 18 – 1, MTV SD & HD, and JioCinema on October 19, with the defending champion Golden State Warriors defeating the Los Angeles Lakers 123-109.