Mired in controversies, what lies ahead for The Wire

The case made out against The Wire by Amit Malviya is not primarily a defamation case, a senior lawyer told BestMediaInfo.com, and added that the prosecution is focusing on making it a fraud and forgery case which is a higher offence under IPC 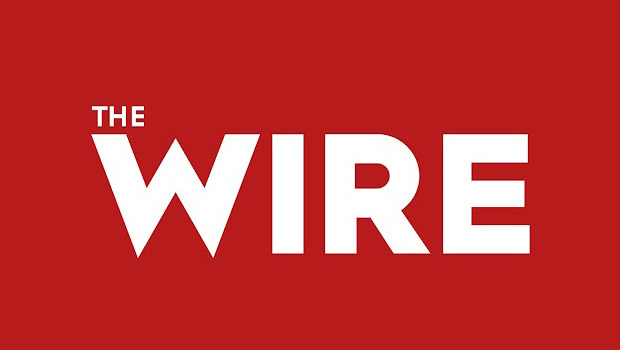 The raids on The Wire and its top editors by Delhi police, acting on a complaint and subsequent FIR filed by the BJP’s IT cell head Amit Malviya, have attracted extreme reactions from people on both sides.

Delhi police conducted searches on Monday, October 31, on the charges of cheating and dishonesty (Section 420), forgery (Section 468), forgery for purpose of harming reputation (Section 469), using a forged document or electronic record (Section 471), punishment for defamation (Section 500) r/w 120B and 34 (common intention) of the Indian Penal Code, 1860.

Malviya’s complaint relates to a series of stories published by The Wire claiming the BJP leader had special censorship privileges through an Instagram programme called ‘X-Check’. The Wire blamed a member of its investigative team, Devesh Kumar, for providing fabricated documents and retracted these articles on October 23, 2022.

Reacting to the complaint filed against Devesh Kumar by The Wire, an industry veteran said that it was Varadarajan who took a joint byline with Jahnavi Sen in the story published on October 11 claiming that Meta was lying and The Wire has several documentary and video evidence to back their stories.

“What is the moral stand for lodging an FIR against Devesh Kumar? In fact, any organisation will defend the reporter even if he/she is not there with the organisation anymore. How can you run away from your responsibility like this?” the industry veteran, who has worked in several top media houses, said.

“Reporters usually report whatever is happening in the country and go to any extent to dig deep into the story. Sometimes, even risking their lives. There is hardly any slant in such reports. However, these websites work on the story ideas with mala fide intent only. I deal with such platforms with dubious sources of funding on a daily basis and understand their intent,” he said.

“They do reverse engineering. They first think of a story and then search for evidence. The whole process is wrong. At some point, chickens will come home to roost. That is what has happened with The Wire. Several other such platforms do hit jobs in the name of journalism. And those who are claiming that the government is trying to strangle free speech, I would like to understand how is doing a hit job with fabricated evidence journalism,” the industry veteran added.

Even as the new IT Rules are sub judice, The Wire has taken responsibility and removed the content according to the rules, said a senior journalist close to The Wire.

“As a responsible online platform, The Wire did not only accept the wrongdoing and apologised but also filed an FIR against the reporter. Which organisation in India has ever done that? What else should a platform do? Do you want to shut The Wire?” the journalist asked.

On the accusation of consistent propaganda, the journalist said, “If you are referring to Tek Fog or other such examples, why wasn’t any complaint filed against the platform then? If you didn’t complain or file an FIR earlier, you cannot charge the platform for running propaganda. Not filing a complaint against the so-called propaganda tantamounts to admission of guilt. This case should be seen and treated standalone and the platform should not be accused of running consistent propaganda if there were no complaints filed against each questionable piece.”

Why did The Wire not apologise to Amit Malviya?

Varadarajan tendered an apology to its readers but not to me, Malviya has said in his complaint.

“There are many people asking what more should Varadarajan do than apologising. Even if Varadarajan would have apologised to Malviya, it is up to the aggrieved person to accept or reject the apology. In this case, neither the apology was tendered to Malviya nor he seems to be in the mood to let Varadarajan go scot-free looking at The Wire’s consistent targeting of the IT cell of BJP which he is heading,” a competing platform owner told BestMediaInfo.com.

The legal justification for raids

Immediately after the searches, N Ram, Director of The Hindu Publishing Group, who happened to be the boss of Varadarajan and Venu before the duo founded The Wire, took to Twitter to ask “What is the legal justification for targeting them?”

The digital news publishers’ body - Digipub - in its statement said that the raids are aimed at criminalising and creating a chilling effect against the profession of journalism in India.

Two days later, the Editors Guild of India pointed out that the haste with which the police searches were carried out at multiple locations, is excessive and disproportionate, and in the manner of a fishing and roving enquiry.

When asked about the legal ground of the searches, a leading media and entertainment lawyer who chose not to be named told BestMediaInfo.com that there are two offences being made against The Wire and their editors – one is civil and criminal defamation and another is the fabrication of evidence which is a forgery.

“From a moral perspective, filing a criminal defamation case against a journalist can be tantamount to harassment given that the state is behind you,” the lawyer said.

However, the current case is largely made about committing forgery and cheating, the lawyer said.

“In the Meta story, they have put out fake screenshots that disparage the image of Malviya. Moreover, The Wire tendered an apology after strong resistance from Meta. Here, The Wire accepted that they committed the crime of forgery,” he explained.

“Let us draw a distinction here. Filing a criminal defamation case against a journalist is morally incorrect. But if a person is harming your reputation by means of forgery, the person is bound to face the forgery charges and that does not spare anyone whether the person is a journalist or something else,” the lawyer said.

A leading Supreme Court advocate closely watching this case told BestMediaInfo.com, “I’m a libertarian and I don’t believe in criminal defamation cases against anyone. If you damage my reputation, I will file a civil defamation case against you and recover the damage and take an apology from you.”

“But on the other hand, if you are implying methods like fraud and forgery which are cognizable offences under IPC, I will definitely go after you,” the advocate added.

“In this specific case, the process of verification was perhaps not done. It is not that they heard from some sources and wrote a story. They conclusively projected forged evidence as real proof. It may be a case of intentionally forging the documents either by Devesh Kumar or someone else as The Wire is claiming, but what is the responsibility of the person sitting at the top? Do you think that Varadarajan and other top leaders weren’t involved in this story which was aimed at taking on the world’s largest party? How can they run away from their responsibility by filing an FIR against their reporter?” he asked.

The media and entertainment lawyer said that Varadarajan apparently filed the complaint against his reporter to absolve himself after knowing Malviya is coming after him. “This is also an admission that my publication did stories on the basis of false and fabricated pieces of evidence.”

In an exclusive interview with Times Now on Wednesday, Devesh Kumar said that he was being made a scapegoat.

“These things can be ascertained only when the digital pieces of evidence are collected and for that, the searches were necessitated,” a top crime branch official told BestMediaInfo.com.

“We are well within the legal framework to conduct searches in order to collect evidence if the forgery is admitted by The Wire itself,” the official added.

A veteran journalist who tracks investigative agencies told BestMediaInfo.com that the same Devesh Kumar did the Tek Fog story earlier this year in January.

“However, in the Meta story, Varadarajan had no option but to defend the story. All the people from Meta calling them out on Twitter are from the same liberal brigade. That is when all other platforms whether they are AltNews, Newslaundry or Scroll distanced themselves from The Wire. After all, they earn a lot from Meta and hence could not side with The Wire,” the veteran journalist said.

The media and entertainment lawyer quoted above, whose friends are involved in this case, said, “One thing is clear. Whether it was negligence or not on Varadarajan’s part, it is an admitted case of forgery. Any metropolitan judge will call this case a prima facie forgery and Varadarajan was party to it. When you run an organisation, you are bound by vicarious liability.”

When asked how will the complaint against Devesh Kumar help The Wire, the Supreme Court advocate said, “Varadarajan can use his complaint against Devesh Kumar as a defence in a court of law. But the prosecution will come hard on him saying that you supported the propaganda by writing articles in your name despite the whole world pointing out the mistake. It is only when you were proven completely false in the eye of the public, you decided to relook at the evidence and declared it fabricated.”

N Ram and all the supporters of Varadarajan are claiming that The Wire itself was a victim of fraud.

When asked how this narrative would benefit the platform, the lawyer said, “Playing the victim card is not going to help The Wire because that proves their inefficiency to run such a large platform. Do not forget that Malviya is the victim of The Wire and it is not his business to consider what The Wire has to do with their staffer.”

The media and entertainment lawyer said that there is no denying that the government and The Wire have been at loggerhead for a long time but it should be clear that this case is Amit Malviya vs The Wire.

“Here, the government doesn’t need to do anything because The Wire itself has committed the crime and admitted that the forgery was committed. The legal procedure will be followed to find the evidence,” he added.

Talking about how the case will proceed from here, the lawyer said, “Varadarajan and his other colleagues will be asked to produce themselves for investigation. Since it is a forgery case, it will be listed in the sessions or district court where Varadarajan and other editors will have to apply for bail.”

The case made out against The Wire by Malviya is not primarily a defamation case, the lawyer said. “He is concentrating on fraud and forgery which is a higher offence under IPC even for journalists.”

“The government may want to set an example for other similar platforms whose sole aim of existence is to keep doing anti-Modi and anti-BJP stories. I don’t know whether you recall the recently released Gujarat SIT report that accused activist Teesta Setalvad of receiving funding after the 2002 riots to destabilise the state government. What we see platforms such as the Wire do is no different. Look into their stories and you’ll understand on your own,” said another lawyer.