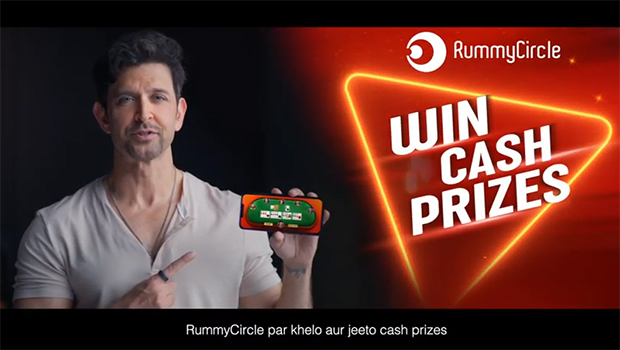 In its third edition, the campaign is based on the idea of ‘Chaar Kadam Aage Socho Aur Raho Ek Kadam Aage’ and emphasises foresight, skill and intelligence to stay ahead in life as well as in the game of Rummy.

The campaign features Roshan, who was roped in as the brand ambassador for RummyCircle at the beginning of the year.

Avik Das Kanungo, Associate Vice-President- Brand and Marketing Strategy, Games24x7, said, “We are thrilled to launch the third edition of our popular campaign ‘Raho Ek Kadam Aage’. This time, we are taking the campaign thought and core messaging one step ahead by saying ‘Chaar Kadam Aage Socho Aur Raho Ek Kadam Aage’ with the narrative of the films highlighting the philosophy of foresight, quick thinking and accurately gauging the moves of your opponent. We are confident that the campaign shall touch a chord with our audience and strengthen their engagement with the platform.”

Roshan said, “A game like rummy is great cause along with being entertained, it also helps sharpen acumen, enhance quick-thinking because it requires the ability to plan ahead to give your best performance. These are great life skills that can be cultivated even while having fun. RummyCircle brilliantly weaves an experience for Indian gamers that can hone problem solving and provide mental agility. Onto the third campaign with them together and it has been a fantastic association so far."

The ad films shot under the third edition of the #RahoEkKadamAage campaign shows Hrithik planning several steps ahead and strategically chalking out his moves in order to successfully tackle obstacles in his way.

The third leg of the campaign has been designed by DDB Mudra. The multimedia campaigns by RummyCircle shall span across several platforms including TV, digital, OOH and social media platforms.