The film, conceptualised by Schbang and produced by Schbang Motion Pictures, challenged stereotypical gender roles and recognises the evolving role of men in taking care of their houses 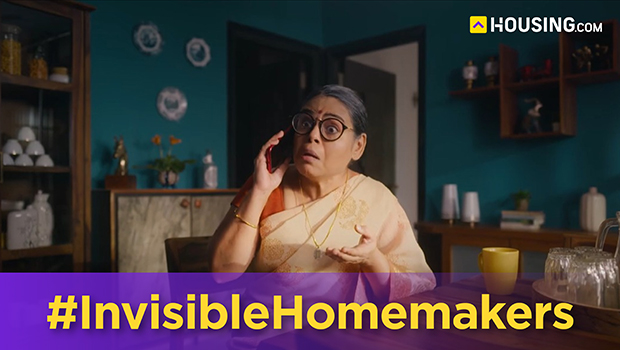 On the eve of International Men’s day, Housing.com launched a film dedicated to the ‘invisible homemakers.’ The film, conceptualised by Schbang and produced by Schbang Motion Pictures, challenged stereotypical gender roles and recognises the evolving role of men in taking care of their houses.

Household responsibilities are shared by all members of the family, regardless of their gender. Using comic horror as a genre, the film pokes fun at the lack of normalisation of men’s evolving role in a household.

The film starts with a mother assuming the upkeep of a house in the absence of her daughter, highlighting the need for a woman to take care of the house. She experiences unusual, almost paranormal incidents. She hears the door creaking, which is fixed by the morning. Even fluttering bulbs seem to fix themselves by daylight.

The film humorously highlights how the thought of men taking care of a home often escapes the minds of many, therefore making them the ‘invisible homemakers’

Commenting on the film, Rahul Ralhan, Senior Director of Brand and Insights, Housing.com, said, “There are only a few things in life that are perfect. Home is one such emotion. Through this film, we want to acknowledge the little titbits that men do through the sidelines to make a home perfect. Here’s to the invisible homemakers!”

Shrishti Jagirdar, Associate Vice-President, Schbang, said, “For Housing.com, team Schbang has looked at creating content that keeps the home at the centre of everything, but with every occasion or moment, we explore it from the perspective of the different members of the house. Previously on International Women's Day, we addressed how women face prejudice while house hunting; this time on International Men's Day, the goal was to highlight the ever-changing role of men at home, which is often overlooked. The dated assertion that "the house is the women's department" is being challenged here. We've done so in the most engaging and relatable way possible: through humour.“