D&AD Festival will be hosted at The Truman Brewery in London from Monday 8 to 10 May, 2023 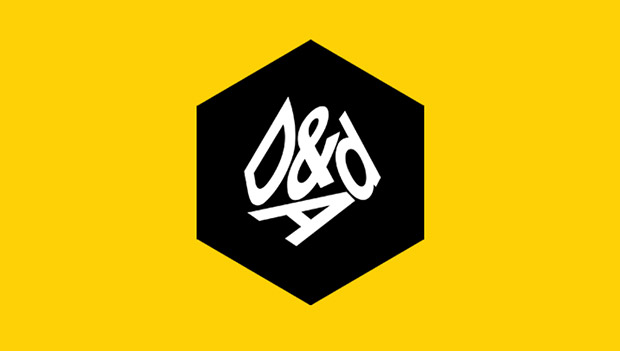 D&AD has opened entries to the 2023 Awards with a digital creative campaign from Re, a brand-led design and experience business.

The “What making it is made of” campaign aims to engage the global creative community by celebrating the power of creativity, and the processes, tools and emotions that help creatives win Pencils and find commercial success in the industry. The campaign celebrates the impact that the design and advertising communities have on the world at large with a multitude of animated Pencils that illustrate the inner workings of different creative disciplines. The campaign will be rolled out on social media between November 2, 2022, when entries open and the Awards Ceremony at the end of May.

D&AD Festival will be hosted at The Truman Brewery in London from Monday 8 - Wednesday to 10 May, 2023, as part of D&AD Awards Judging. The festival will include keynote talks, Judges' insight sessions, networking parties and an exhibition of winners, all celebrating the best in creativity.

The 2023 D&AD Awards ceremony will be held in person across two nights in London on 24 and 25 May.

D&AD has also introduced a suite of category changes addressing fundamental themes currently permeating the creative industries to ensure that the Awards remain a benchmark for creative excellence in design and advertising (please see notes to editors for more details).

Donal Keenan, Awards Director at D&AD, commented, “D&AD remains committed to evolving the Awards to reflect the current nature of the creative industries accurately. The creative landscape is so multi-faceted, and I believe this is reflected in D&AD Awards where we celebrate those big ideas and designs along with those nuanced crafts.”

In 2022, D&AD announced it will not be accepting entries from Russian companies or individuals based in Russia to the Awards. The ban against Russian entries remains for 2023. Entries from Ukraine will continue to be accepted free of charge in 2023.

To encourage and highlight creative excellence achieved with limited resources and budgets, the 25% discount for freelancers and small businesses will also remain.

For the past three years, D&AD has produced the Annual as a free-to-access enhanced digital platform, allowing the work to be explored in its entirety by the global creative community. As a digital edition, the Annual expanded to include insights into how the work was made in Behind the Work interviews with the creators as well as an analysis of the work's wider significance in relation to contemporary social and cultural contexts. As a result, reach and engagement increased 6,400% and is now accessed by more than 130,000 users, including 30,000 emerging creatives, who freely benefit from the Annual as a deeper, richer educational resource to support their professional creative journeys.

As an education charity, D&AD will continue to invest in the Annual as a free digital resource with the work presented in its entirety alongside insights and analysis. D&AD has always respected print and the value it can bring, and as a number of people in the creative community have been calling for the return of the famed printed D&AD Annual, this year D&AD will provide a printed version if there is enough demand through pre-orders.

The print edition will feature, as before, images of the winning work accompanied by the list of winner credits. The pre-order site will be live in January 2023 and will take orders through the end of June 2023. A minimum number of orders must be achieved by the pre-order close date for the printed edition to be published. More details will be released in January.

Darren Bowles, Executive Creative Director of Re, commented, “D&AD is at the heart of a global reaching creative community, so we engaged our own teams across Australia, the US and UK to ensure that the community could see itself in this campaign. Our lively and humourous Pencil animations speak directly to creative makers and decision-makers around the world, by illustrating exactly what goes into “making it” within our ever-evolving industry, and touching on inside jokes and truths we’ve all experienced. We feel privileged to have the opportunity to reach out to our creative community through this work and hope it resonates with them as much as it has with our own team.”

Donal Keenan, Awards Director at D&AD, commented, “D&AD Awards are all about putting creative ideas on the global stage so that they can nurture further ideas and inspire the next generation of creative leaders. We know that the skill sets behind those ideas are incredibly diverse, and the journey is not always easy. We are incredibly grateful to Re, led by founder Patrick Guerrera, for bringing this reality to life in such an engaging way.”

Patrick Guerrera, Global CEO of Re, commented, “D&AD has always set the benchmark for nurturing, recognising and celebrating extraordinary creative talent globally. It is an absolute privilege to be partnering with them on the 2023 Awards campaign, as they continue to grow and inspire great creative hearts and minds everywhere.”